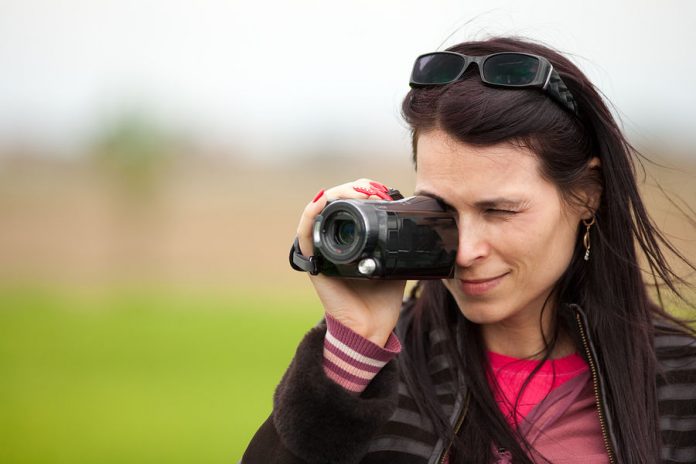 Tomorrow is Thanksgiving and we are about to enter that time of year where cameras will be capturing video in a majority of households in the United States. Don't be that person who takes awful video that no one wants to watch! We all know what it's like to watch other people's home video and gotten either bored, motion sick or both. Unless you have some sort of sick desire for revenge, don't do it back to them! The way to avoid this is easy; something anyone can do. It has nothing to do with exposure, focus, sound, or even composition. It's all about camera moves; and no, I'm not going to give you a tip on performing better pans and tilts.

Here it is! The one trick that will make anyone's home video better than most everyone else's!

When the red light is on, don't move your camera.

That's it. If you're recording, don't move! That means no pans, no tilts, no zooms, no dollies, no trucks, no nothing. If you're missing some of the action, stop recording, move your camera, re-frame, and start recording again. Not only will this make your video easier to watch, it'll also help you self edit. When you force yourself to stop recording to re-frame your subject, you end up ending the shot in a more appropriate spot, rather than keeping your camera rolling waiting for something to happen (though that can still happen). The result is shorter shots that are more interesting to watch. Also, since you're keeping the camera still, no one will be getting motion sickness.

What tends to happen when newer videographers shoot home video is they do something called fire hosing. What that means is they turn on their camera and leave it running, moving and pointing it at the most interesting thing at the moment. Imagine turning on a fire hose, then just changing where you aim, spraying the water at whatever is on fire. It's the same thing with video. It's the same thing with handheld home video.

So this year, when you're shooting home video of your family and friends, keep your camera still. Don't move it unless the red light's off, and your video will be much more enjoyable for everyone watching.