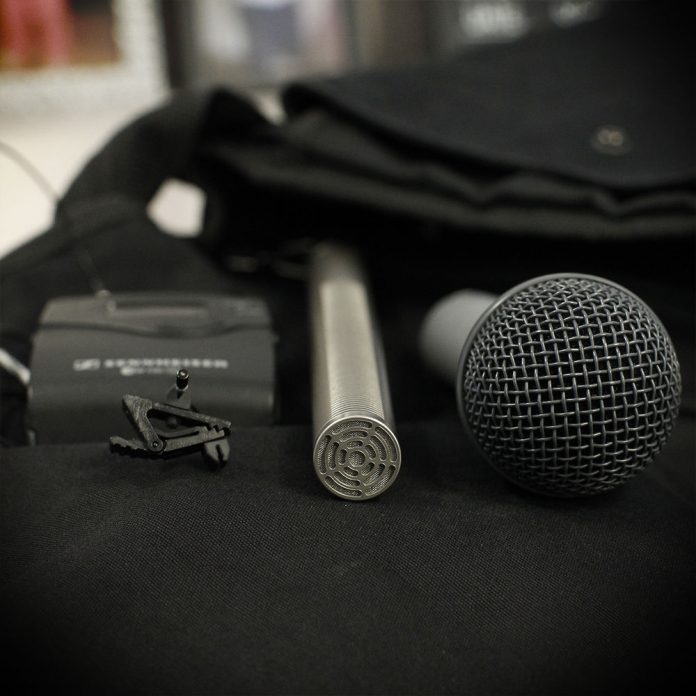 So, you've got a small budget and you finally believe that the audio you capture for your project is just as important as the video, (we told you so!) but you can only purchase one mic. Shotgun mics on boom poles are the mainstay in Hollywood, but maybe you just shoot weddings in your spare time, or do a local commercial every now and then to help make ends meet. Well, here's some pros and cons of the most common mic types, and what they're good at.

Shotgun Mics are great at picking up the sound that's directly in front of them, even over small distances, due to their narrow pickup range. If you're making movies, you don't want to have a mic shattering the illusion your trying to sell the audience, and this is the go-to option. In these types of scenarios the audio will be predictable and choreographed, and while keeping the mic positioned correctly to get that great dialogue can be a challenge, it just takes practice. Of course, you'll definitely need a sound person to operate the boom pole.

For whatever reason, most video producers feel the need to keep their mics hidden. However, if you're shooting projects that aren't trying to create a fictional story, then does it really matter if there's a microphone in the shot? Documentaries, testimonial commercials, and even weddings aren't attempting to convince anyone that these “characters” exist in some parallel universe. In fact, in these cases, you're really trying to convince the audience that what they're seeing is real. Lavalier mics are extremely small, can operate wirelessly, and most importantly for a small crew, don't require anyone holding a boom pole. While they may be visible on screen, they'll also capture consistent audio from your subject, even if they're walking, talking, and making unpredictable head movements. They can also be hidden under hair or clothes if necessary, though it increases the likelihood of interference.

Often overlooked for video production, these mics have their place. Whether you're shooting on the street interviews for a commercial, or you're in the news business, these mics are rugged and reliable. They also reduce setup time when you're trying to get someone to speak on camera who is a little reluctant to strap on a mic, and can easily be moved between multiple subjects who are talking. For weddings, they can be placed on a low mic stand between a bride, groom, and official to capture the audio from a wedding ceremony, without being too intrusive.

So the real question to ask is “what type of videos am I going to produce?” Knowing the answer to this, makes choosing a mic, a much simpler decision.