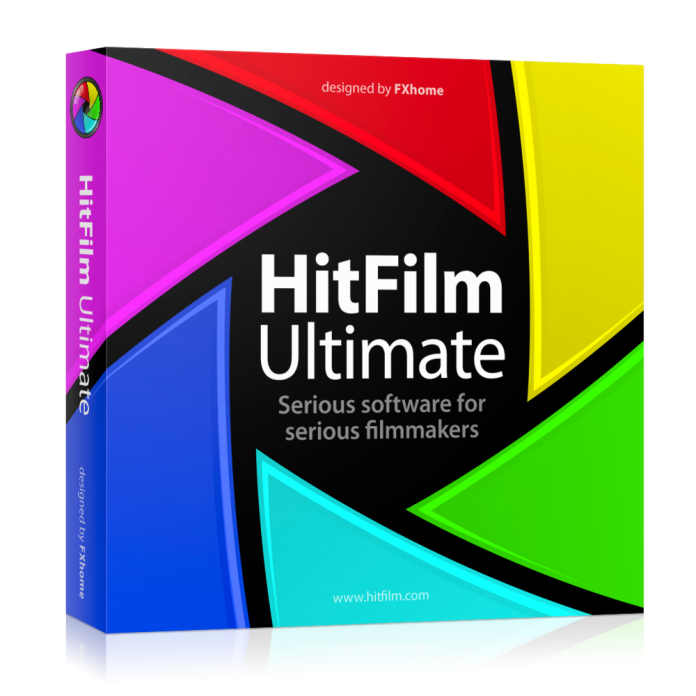 HitFilm 2 is a visual effects software that works extremely close with Sony Vegas Pro 12. Such effects and 3D animations can be done much the same or better with other programs, but the cost to you is what's most astonishing about HitFilm 2 Ultimate, $399. The capability is there with support of 3D titles and graphics, 3D models, particle arrays, fire, lens flares, all on top of timeline editing that enables you to do transitions, composites and audio. The big thing for FXhome Limited to push is the speed of the edit, since you can work with 3D models HitFilm 2 can let you edit both without rendering in between, that's amazing.

The folks for HitFilm 2 have laid out the pricing pretty simply in case you like to double check your deals. The three packages give you the base program for a fair $149, the main software gives you more control over the effects and adds more than 40 effects and unlocks color grading which certainly brings a professional touch to any project when put to good use. HitFilm 2 in its Ultimate Studio form ($574) includes Sony Vegas Movie Studio HD Platinum, a consumer editing suite. An upgrade away from Vegas Pro 12, which should give you a most exciting editing prospect with nearly seamless integration. The creative minds behind HitFilm 2 have put the product to the test with action effects on the brain, and that's one of the secrets to a hit film, introduce some action.

One feature across the board that we'd like to see if we get our hands on a review copy is the ability to setup lights and camera – it could be a whole new way to teach video production! Overall, FXhome Limited provides much of what you need to make an exciting and professional looking video.