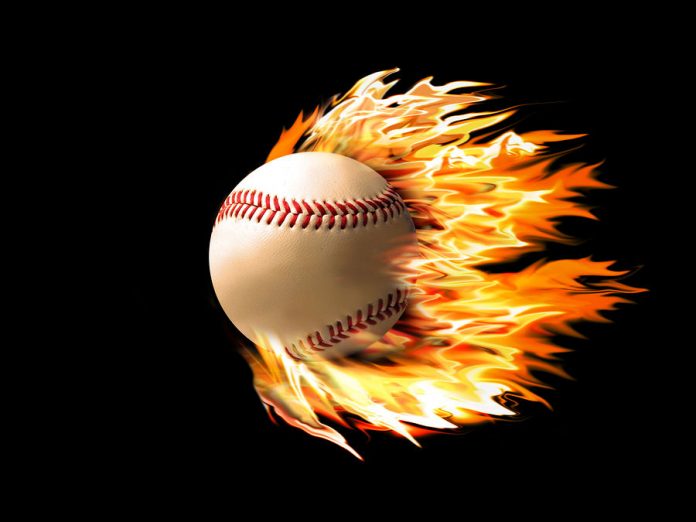 Ah – baseball games are reaching their apex and football games are getting off the ground – if you're a sports fan, you gotta love the Fall season! Did you catch the amazing high-speed camera shots at the National League Championship Series between the Giants and Cardinals? Slo-mo footage shows batter Hunter Pence's bat hit the ball three times from the same swing. The footage was shot at 3000fps using Vision Research's Phantom v1610 camera, which the Vision Research site says is able to shoot Up to 647,000 fps standard or 1,000,000 fps with the fast option at reduced resolutions. Cool stuff.

Amazing technology nowadays, but if you're shooting sports on a less-than-the-majors level, there are some tricks you can learn from the pros for your own stellar sports video shooting that doesn't involve a 3000fps high-priced camera. Shooting sports video is fun and rewarding, and sometimes, your footage can make the "Highlight of the Night."

Whether it's for American football or British rugby, there's a right way and wrong way to shooting sports videography. As a shooter for local television stations for more than 20 years, I learned a thing or two about shooting nearly every kind of sport out there. (And I made the "Highlight of the Night" reel for three stations and the network when I got tackled in a football game – not my most favorite "15 minutes of fame"!) Here are a few tips for anyone venturing into the exciting field of shooting sports video.

1. Play Your Position: Know the best angles and where to set up for the best highlights (see Shooting Sports Setup Suggestions list below)
2. Use Both Eyes: One eye to shoot, the other to help follow the action (which is what I didn't do when I got tackled that one cold foggy night!)
3. When in Doubt, Get Wide: If you lose the play in the eyepiece, zoom out to a wide-angle until you find the play, then zoom back in, don't wave the camera around trying to find the play – you'll lose time and that video will be unusable. (and don't think you can rely on the LCD screen!)
4. Size Matters: Use your zoom to keep players the same size throughout the video.
5. Remember the 180 rule: Crossing the line of action in sports will confuse your audience. If the green team is shooting into the goal on the left, and the blue team is shooting into the goal on the right, make sure you don't reverse and have the blue team appear to make a goal [shooting left] for the green team!
6. Experiment: Take chances, make mistakes and move all around the court or playing field to get different shots. (never forgetting that 180-degree rule!)
7. Practice: This is probably the most important tip. The athletes practice, as do the professional videographers and so should you. The more you shoot, the better you’ll become.
8. Watch a Lot of Games! I know many of you will like this tip! Watch how the pros follow the action and where they place the cameras when they're shooting sports. They might have the advantage of bigger cameras, longer lenses, remotes and access to the field, but you can still learn from them in how they set up their gear and crew.

Shooting Sports Setup Suggestions
Ok – so now you have the basics – let's break out some tips for shooting a few specific sports:

Football – This is one game you can't fake, if you don't know football games, the movement of play can suddenly turn on you. The good news is there are breaks going all the time that allow you to retreat, refocus, and reframe.

Basketball – this is a very fast sport, and there are chances for lots of points from both teams. Keep an eye on the running time.

Baseball – Other than golf, the most difficult sports to shoot are baseball games, especially if you are a solo shooter, because there's a lot of stuff going on all over the field of play.

Soccer/Rugby – These sports are similar to basketball in how you'd shoot them. Stay on your team's side of the field, closer to the goal they are kicking to, then swap sides at halftime, if you can.

Hockey – Similar to basketball in placement, unique in its plays that provoke fist fights at a moment's notice!

Wrestling/Karate/Boxing/Fencing/Hand-to-hand face offs – Usually these sports involve 2 opponents at a time, and they work in a circle, so no side is better or worse than the other.

Track Sports – Running/Marathons/Swimming/Horse, Auto and Bike racing – How you'd shoot track sports varies depending on if the race is on a circular field, a time trial with a single racer or a long distance race going from point A to point B.

More More More! There are so many more sports like tennis and swimming and there's just not enough room for them all, but the general gist of these or any sport is to know the sport well. If you are shooting for a particular team stay on their side of the play, field, or court, to get the action coming towards you (however, if it's tennis, you would shoot from opposite your players, so you aren't shooting their backs and with swimming you want to be at the point where they finish, regardless of where they start.)

OK, so you might not have that super cool high-speed camera, but with these tips, hopefully, your video will make the "Highlight of the Night," and not because you were tackled by a 300-pound linebacker!