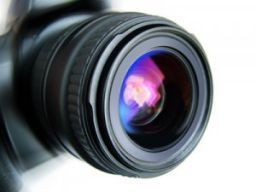 At the risk of dating myself, I'll reveal that when I went to school to learn media arts, I shot on a full size beta camera with a huge battery belt, and used linear editing to produce all my projects. When linear editing and digital cameras became prevalent, I embraced them and had a true appreciation for the advantages and disadvantages they brought to the table. But there was never any idea of going back to the way things were. The creative freedom of non-linear editing, and the reduced size and increased battery life of the newer cameras was more than enough to offset the pitfalls of emerging technologies.

With the explosion of video capabilities on DSLR cameras, I was thrust reluctantly into a new way of shooting. The lure of the elusive shallow depth of field shots that were so tough to get with my traditional camcorder slowly but surely led me away from the traditional camcorder. I had changed a standard zoom lens to a wide angle zoom lens on my old Canon XLII, but that was the extent of my experience with interchangeable lenses. The small DSLR form factor, and lack of motorized zoom limited my shooting options, and I found myself sticking with pans, tilts, and static shots, rather than going handheld. It completely changed the way I shot video. I got used to adjusting ISO, shutter speed, and exposure to get my shots, without the aid of a built in ND filter, which had me feeling more like a photographer, and less like a videographer. After all I was used to using one dial to adjust my exposure, and always taught to avoid using gain whenever possible.

But I never imagined I would fall in love with traditional video cameras again. With the recent explosion of interchangeable lens camcorders with large sensors, I remembered that I didn't switch to DSLR's because I hated camcorders, I just wanted the option to get those shallow depth of field shots with a great contrast ratio, even in low light. I've found that getting back the traditional camcorder controls and features has opened up my shooting options again. It's a great time to be a videographer, because the new trends in our industry mean less trade-offs and concessions that we have to make. And in the end, our creativity will be the limiting factor, rather than our equipment.