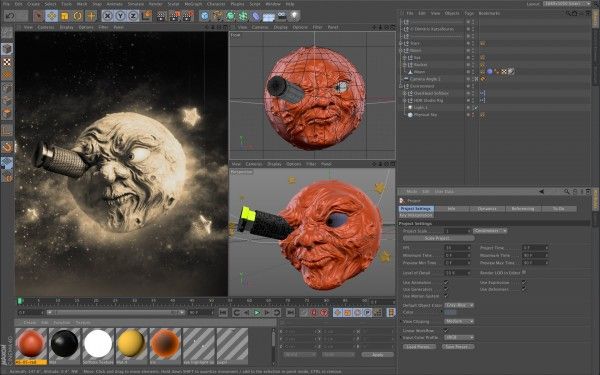 Cinema 4D has long been a favorite among motion graphics artists working primarily with video. While its capabilities strech far beyond what your average video editor would need, its relative ease of use has made it very attractive for those that want to incorporate 3D graphics into their After Effects projects. Most applicable to video producers is the improved camera enhancement, including the new Camera Calibrator, and a faster render engine. With the introduction of ray-traced 3D shapes and text in After Effects, we're not sure how appealing this type of software will be to video producers who just need the basics, but at just under $1000, it looks like a great deal for those wanting to dive into the rabit hole that is 3D modeling, animation, and motion graphics. Cinema 4D 14 is available now. Read on for the full press release.