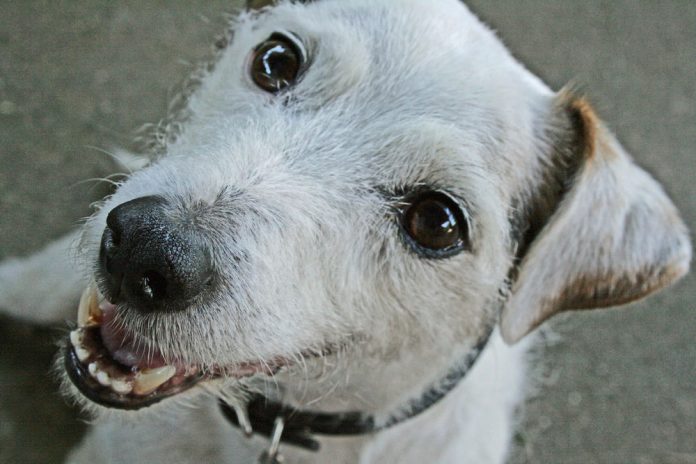 We would like to take a moment to say goodbye and pay our respects to a long-time member of the Videomaker family, Deen the Jack Russell.

Matt and Patrice York, creators and publishers of Videomaker, were Deen's human handlers, but everyone at Videomaker knew Deen was the CEO – Chief Executive Opportunist.

Born March 21, 1996, shortly before Videomaker's 10th anniversary, Deen graced the pages of our publication often and was considered an important member of our staff. Arriving at the office nearly every morning for his day-long shift, Deen was present at meetings, luncheons (often scrounging under the table for scraps), and the day-to-day workings of an international publication. He came to work with a smile on his face and joy in his heart [image:blog_post:15160]

For 16 of Videomaker's 26 years, Deen was a constant presence in the office, often offering us a much-needed distraction when he reminded us all that chasing a ball or running down the hall can be a therapeutic way to let out some much needed stress.

Keeping to his duty as Officer of Greetings and Security, Deen's usual shift began with a routine sniff-down of each cubicle, beginning with Joseph's, who was always good for the best doggy treats, followed by Melissa's who was good for a snuggle and a hug, then he'd routinely meander around the office looking for a scratch on the back and a jolly remark. He'd then hang out in his office until recess, when you'd find him chasing a huge soccer ball down the hall or on our marvelous courtyard, dodging and feinting like a soccer pro, daring anyone to participate – and he always won the game. "He was one tough competitor," Dawn remarked, who often took the Doggy Dodge challenge.

Deen held one of the longest staff positions at Videomaker and never met a stranger; as any vendor, FedEx, UPS or mail delivery person discovered when visiting the office; and he was immortalized on canvas by renowned local artists Steve Ferchaud and Glen Hettrick. [image:blog_post:15159] He had classic Jack Russell markings and sported one large black dot perfectly centered on his backside by his tail, giving him a very regal look.

Speaking of regal – although he seemed at first a bit reluctant to wear "coat and tails" to a recent family wedding, he wore them with his usual joie de vivre and peppy style.[image:blog_post:15157]

Deen was the happiest of dogs, his smile was infectious and he had many talents; one that Matt liked to often demonstrate was the Treat Balance. He'd sit still for a good length of time with a treat sitting on his nose until Matt gave the command to "get it." What talent!

Deen celebrated birthdays and anniversaries with the Videomaker staff [image:blog_post:15153] But he did have his mischievous moments, as all heroes of any story do, that were pure dog. There was the time when Deen decided to take a security check around the office, and discovered an open desk drawer in an unoccupied cubicle. Reaching into the drawer, he nicked a couple packages of turkey jerky and energy bars and ate them then "redistributed" them in Patrice's office. Then there was the time with the rolling office chair and a … well, we won't go into that one.

Deen touched the lives of many people here in our small town in Northern California and of the many condolences and well-wishes we've received, this one fits him best: "There are some dogs who just make a positive impact on people that others talk about too so you know you are not the only one who thinks they are exceptional; that was Deen."

The staff at Videomaker held a teary-eyed moment of silence for his passing this week, Deen the Jack Russell will be missed by all who knew him. [image:blog_post:15154]

DVDs are still wonderful to many of us movie-lovers. You can hold them, enjoy the artwork, and display your collection on a shelf. You...