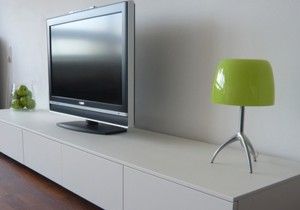 It seems we’ve been reading about high definition television for only a few years, but in reality, it’s been a decade and a half. Time flies, huh?

Scientists actually started working on developing high definition television in the 1930s and French stations were transmitting a monochrome 819 line system by 1949. The Soviet Union developed the first hi-rez system in 1958 for its military that produced a 1,125 line image, but it was never put into use. [Source: Wikipedia] There were many levels of HD signals experimented on and developed around the world since then but the logjam was the limits of analog television.

Consumers in the United States didn’t get their first look at high definition television until 1998 – and even then, if a station in their airing area didn’t broadcast in digital, they were still watching an analog system – on a nice TV.

It’s hard to believe, but HDTV retail sales will have its 14th anniversary this month. The first set went on sale in San Diego on August 6th because the factory was only a few miles away. The event was covered by news outlets from around the world. Longtime Videomaker reader, Roger Miller, sent us this link to the 3 minute video that shows the consumer reaction and media circus of that day.

I was one of the lucky ones. When I first saw a high definition signal broadcast on an HD TV, I was working for a television network that was experimenting with broadcasting the signal for a live broadcast of an NFL football game. Sports, as we all know now, was the first genre to adopt HD, because broadcasters and HD marketers knew if they could give the sports enthusiasts the best viewer experience, they were more likely to purchase a new HD TV than someone who enjoys game shows or soap operas.

When we were invited by our transmission department to wander down to the bowels of the building for a look at HD for the first time, I remember seeing that football game screaming at me in all it’s live full color glory on a huge screen the size of a studio door and I was blown away. As one huge play tumbled close to the broadcast camera showing the crashing athletes (you could even see spittle flying!) falling in a pile just inches from the person holding the camera, a few of us stepped back as if we were going to get tackled, too. I knew then, that the viewer’s experience was going to change tremendously.

Before HDTVs came out, the average household didn’t update their TV for five or more years, with the average being 10 year. Some people have had the same set for 20 years or more. Because the viewer’s experience didn’t change much with the minimal changes to the TV sets, many people didn’t feel the need to upgrade. For consumers, the most recent technological change to television before high definition was color… which actually came out in the 1950s, but the TV sets weren’t selling well until the 1960s. Oh, sure, flat screens came along which gave you a bit better clarity, but it wasn’t until the 16:9 wide-screen HD perspective came along that people sat up and took notice. According to the tech site, Gigaom, consumers had been replacing their sets about every 7 years but are now replacing them more often – perhaps only holding on to them for a mere three years. (Confession: my current TV is a hand-me-down from my son and is a huge standard-def behemoth that is as deep as it is wide and is at least 12 years old.)

The price for HDTVs was enormous when they first came out and cost nearly the price of a new car. According to this New York Times story from August 1998, the least expensive HD TV was going to set the consumer back $8,000!! Only the true HD fans, early adopters and Daddy Moneybucks were ever going to buy. Only until the price dropped considerably, and the announcement that no manufacturer was producing Standard Def sets, did the average consumer start to buy. And according to CustomRetailer at last year’s holiday season – traditionally the highest TV sales season all year, the prices of HDTV hit an all-time low, with the average price of 46″ LCD TVs falling below $1,000 and 32″ TVs falling below $500, both for the first time. Maybe now I can afford a new TV!

In the video producing world, we still had only analog video cameras until 2003, if we were going to view our footage on an HD set, we had to learn interesting tricks to shoot for widescreen and anamorphic perspective.

Now every video camera shoots HD and 3D is all the rage… or is it? I don’t see people adopting it as much as manufacturers seemed to think they would… maybe they’re’ wanting to hold on to that old set a few more years, or maybe the ‘wow’ factor just isn’t there. I do know that the early adopters aren’t having to shell out as much money as did the first HDTV buyers – I think manufacturers learned their lessons there. You can get a 3DTV for around $700, but According to DealNews, you’ll still need all the peripherals to actually watch 3D – if it’s being broadcast in your area, and costs for those along with the 3DTV will put you back $1000 to 1,600.