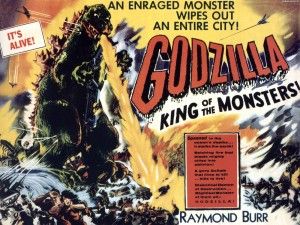 We may become documentarians, wedding videographers, broadcast cameramen or indie filmmakers, but one thing holds true for almost everyone who works in the medium of video: We first became intrigued by moving pictures from watching Hollywood genre movies as kids. And no wonder! These are films that follow a particular broad set of narrative conventions — movies like science fiction, fantasy, action, westerns, or horror. As adults, we often complain that genre films have a tendency to be cliched and predictable — how many times has a movie hinged on Martians invading? How many times have gunslingers had a duel at high noon? How many times has a fantasy movie cribbed from Lord of the Rings? Even so, genre films offer great possibilities for amazing visual spectacles, which is why they’re usually the most compelling sorts of movies when you’re a kid. I spent many hours watching and rewatching Godzilla stomp his way through Tokyo, marveling at how the filmmakers were able to make a guy in a rubber lizard suit stepping on miniature buildings look so real (Well, to me). In fact, many of the biggest film directors, like Steven Spielberg and Sam Raimi, first came to love the medium by making amateur genre films on video or Super 8 as kids.

A lot of Videomaker readers also appreciate the lure of genre films. These movies may be disparaged by critics as mindless entertainment, but that’s not always necessarily an accurate assessment. The classic western film The Man Who Shot Liberty Valance is a commentary on the highly fictionalized myth of the American West — Sergio Leone’s ultra-gritty “spaghetti westerns” were also envisioned as a critique of the highly sanitized western movies popular in the US at the time. Science fiction films often disguise criticisms of contemporary society by setting their stories in the far-off future or on distant planets; Soviet science fiction flicks like Kin Dza Dza! were especially famous for using this tactic to circumvent the official censors.

Independent and low-budget video creators are often discouraged from trying to make genre films, since they rely so heavily on visuals and special effects to make an impact. Richard Blackburn, director of low-budget horror movie Lemora: A Child’s Tale of the Supernatural, recalled how he was advised never to attempt a period piece (which would require elaborate costumes) or to shoot night scenes (which would require some fancy day-for-night effects). Ironically, his movie was set in the 1920s and took place almost entirely at night. He’s not alone. Despite the headaches involved in making genre movies on a shoestring budget, many beginning video creators still gravitate toward them. It’s especially interesting to see how these filmmakers do more with less. Sometimes the results are less than ideal (Director Phil Tucker couldn’t afford a robot costume for his sci fi epic Robot Monster so he hired a friend to wear a gorilla suit with a diving helmet.) but they’re always memorable!

With advances in technology, it’s now possible for even no-budget home video projects to contain more convincing special effects than you’d find in even the big Hollywood productions of yesteryear. What tools do you need to make a good low-budget genre movie?