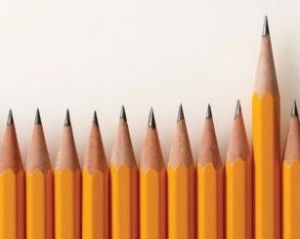 It's important to note that writing a script isn't a single act, it's a process. It takes time, energy, and the ability to take constructive criticism in the interest of improving your story. While different writers thrive under different circumstances, here are four tips that have helped me along the way.

1. Finish the First Draft. Sure the ultimate goal is a polished, finished script, but many times writers never even complete the first draft. It's much easier to revise and improve than to write the intial script. So don't focus on having a perfect script, instead, get through it all the way, and start tweaking it.

2. Perform the Script. If you haven't tried performing your script out loud, you're not using one of the greatest tools you've got. Whether it's simply reading it aloud to yourself, or finding some actors to perform it for you, you'll be amazed at how quickly your lines will be redefined and improved by hearing your dialogue being performed.

3. Keep Cards Up Your Sleeve. Beginning scriptwriters always tend to give away too much, too soon. By the time a characters first appearance is over, I already know what motivates them, how they'll change, and why they'll do it. Audiences like to try and figure things out, so don't reveal the full depth of your characters or your plot too soon.

4. Let People Read It. – As a writer, it can be tough to bring your private world out into the public for scrutiny. But ultimately, you wouldn't be writing if you didn't have something to say that you thought was worthwhile. Letting others read your work, and critique it will let you know if you're getting the point across. The worst case scenario is that somebody offers criticism you decide to ignore.

So finish your first draft, read it aloud, keep a few cards up your sleeve, and let constructive criticism improve your work. They're simple steps, but they can make a huge difference.