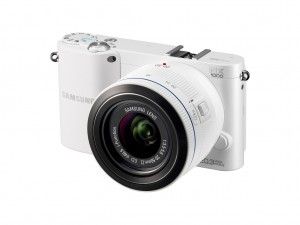 Expressing creativity to some photographers is far beyond the tip of their index finger; however, Samsung has recently announced its new sleek camera NX1000. For $700, camera enthusiasts at any skill level can express and share their creativity with the NX1000. With Smart Auto setting, the NX1000 provides the photographer the opportunity to take photographs and video at any proper scene with quality results. However, if you are a photographer who likes to take full control of the situation, this camera has the Smart Panel manual setting that gives you the opportunity to explore your knowledge of shutter speed, aperture, flash and many other features. The NX1000 has a built-in Wi-Fi and sharing photos couldnt be easier. At a touch of a button, the camera enables photographers to instantly share photos to their favorite social media site, such as Facebook, Photobucket, Picasa and YouTube. If you are a Galaxy smartphone or tablet user, the NX1000 is compatible with the Samsungs Remote Viewfinder app, which opens from the Google Play and allows photographers to control setting and take photos as far as 30 feet away. Indeed, the NX1000 has the capability to transfer and create photo frames onto Samsung electronics like smartphones, tablets, or Smart TVs through the Samsungs Mobile Link app. If you're short on Wi-Fi access there's still an SD card slot to use. The Samsung NX1000 comes in three colors, black, white and pink, and its suited to please those fashion gurus. The NX1000 is a small and attractive camera that comes with a large, bright 3.0-inchLiquid Crystal Display (LCD) screen and 1080p HD video capture. Present your video with the HDMI output and stay mobile since it weighs about half a pound. Equipped with an all-purpose 20-50mm lens, external flash and a 20.3-megapixel APS-C Complementary Metal Oxide Semiconductor (CMOS) sensor and a fast shutter speed at1/4000, it will be hard to miss a valuable moment.