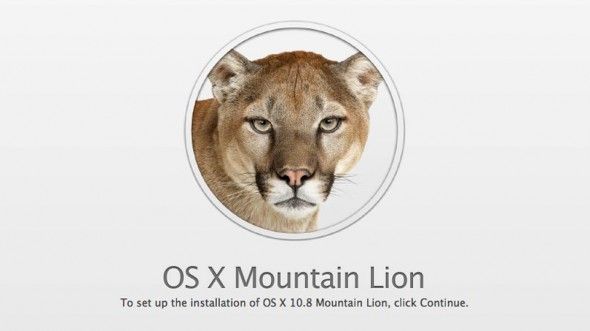 Leading up to today's Mountain Lion release, Final Cut Pro 7 users everywhere were sweating bullets wondering if their beloved Apple based editing platform would finally be killed off (that is, be incompatable with future OS updates). Well, for those of you looking for that bite sized bit of information, here it is: Final Cut Pro 7 still works with OS X Mountain Lion. That said, I'd advise FCP 7 users still sitting on the sidelines to make a decision: Apple, Adobe, Avid, or Sony (if you're OK switching to Windows). Apple can't support FCP 7 forever. Now that that's out of the way, let's take a look at some of the new features!

[image:blog_post:12692]iCloud Anyone using multiple iOS devices know how handy iCloud is. When you work on documents, schedule meetings, take photos or shoot video, that content is synced among your other devices. Is it as good as Dropbox? That really depends on what you use it for. Dropbox works by creating a shared folder on your devices where you save files to and pull files from. iCloud is much more of an automated system. For video editors looking to work keep raw files from their Blackmagic Cinema Camera in the cloud, forget it. iCloud won't help you here. If you're coordinating shoots and meetings in Apple's Calendar or Reminders, taking production notes with Apple'sNotes or TextEdit or, as mentioned above, syncing photos using iPhoto, you'll love iCloud's integration into OS X.

[image:blog_post:12693]Messages No more iChat! Basically the big takeaway here is that iPhone users can receive their SMS messages on their workstation. One nice feature for video producers is the ability to send HD video via instant message. The creepy part? Messages provides read receipts, making it more difficult for your friends and clients to pretend to ignore you! Thanks Apple!

[image:blog_post:12694]AirPlay If you use a Mac in your office, where you might be screening your editing projects to clients, combining AppleTV with OS X Mountain Lion could be a very slick setup. Without running cables, AirPlay allows users to mirror their display over WiFi to their HDTV. Not only is this great for screening, it's also amazing if you have a client (or director) who likes to watch over your should as you edit. Move that TV across the room and keep your client's hot breath off your neck! [image:blog_post:12695][image:blog_post:12696][image:blog_post:12697][image:blog_post:12698]Everything Else There are tons more features in OS X Mountain Lion, but it's a real stretch to tie them all to video production. Things like share buttons, Facebook integration, Game Center, and dictation all look like a ton of fun! We recommend checking outApple for the cushy tour, or, even better,ArsTechnica for an EXTREMELY in-depth review.