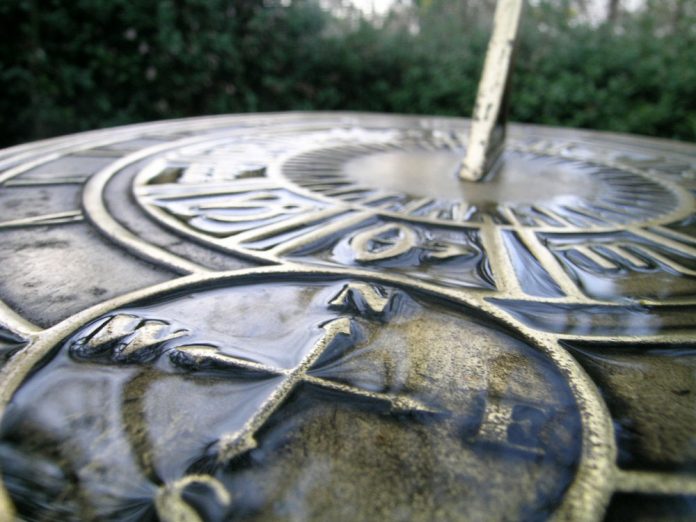 In 1989, when Doc Brown and Marty McFly went forward in time in Back to the Future 2, they went to the year 2015 – just two years from now. I love movies about time travel, some explain things well, some poorly or not at all. There are a LOT of movies that cover themes about "Alternate Universes", "Alternate History", "Temporal Phenomenon", and the "Rip Van Winkle" effect. There have been many adaptations of Mark Twain's "A Connecticut Yankee in King Arthur's Court" and H.G. Welles "The Time Machine". Movies of this genre are entertaining and trigger the mind to wonder. Movies have tackled time travel and the time continuum in different ways, from natural phenomena like black holes in space or a rip in the time fabric on Earth to man-made contraptions like time machines and even – yes – a hot tub.

I discovered a few Best Time Travel sites recently that are fun. This one, "Andy's Anachronisms" is my favorite, www.timetravelreviews.com, it not only explains the differences in the above mentioned Time Travel occurrences, it covers the gamut of Time Travel movies from well known like the 1960 The Time Machine and the 1980s Back to the Future franchise to the obscure. Ever hear of PAH? That's "Personal Alternate History" – meaning the world doesn't change, you do and events around you do as a result – that's explained in Andy's site and gives you a few examples: Sliding Doors and It's A Wonderful Life.

What are your favorite time travel movies? I'm not only interested in how they connect the dots in the storylines of time travel stories, I'm also fascinated at how they "paint' the new world when they jump into the future – from clothing and everyday devices to buildings and landscapes. It's always hard for movie writers and directors to paint a realistic picture of the future, and they all use varied techniques to make their vision believable. Unisex clothing used to be the norm for a futuristic look in movies and TV shows created back in the 1960s, as if the creators imagined all of us living in sterile spaceship-like environments here in this 21st century.

More current films like The Terminator and Avatar seem to go more for a grungy earthy look. In 2015 Marty (Michael J. Fox) and Doc Brown (Christopher Lloyd) wear 1980s-ish clothing – with a 'futuristic' twist – because the writers wrote into the movie that the 1980s era was 'retro' in 2015. I suppose this was a clever way of getting around what a futuristic teenager's clothing might look like. But the Big Screen TV that Marty watches in Back to the Future 2 is ridiculously out of date already. Not the concept of a large wall TV but the low-quality of the images and the scan lines at the bottom of the screen that illustrate classic VHS tape damage – even in 1985 they should have figured that this wouldn't be an issue anymore.

It's ironic that a movie about time has become a timeless classic, but the Back to the Future trilogy has become that. A friend's 6 year-old-son was telling me about the BTTF trilogy the other day – and he was quite enthralled about the concept of time travelers interfering with the Time Continuum. This boy's mom was born in 1983 – she was only 2 when BTTF1 came out in theaters, yet she's seen the movies and shared them with her son. THAT'S the definition of a classic. Think about that for a second – without Back to the Future, we wouldn't know about flux capacitors or how many gigawatts a lightening bolt can create. Or been so enthralled with time travel. These time travel movies all leave you with that 6-year-old wonder: can you REALLY mess with the Time Continuum and make a person disappear forever or erase an event from ever happening? It boggles the mind, actually.

As a side note, I always thought a good History Channel series with a "What If" theme would be interesting: what if this historical event DIDN'T happen – moments in history that changed the world? There are obvious events like Presidents Lincoln's and Kennedy's assignations, but even older events – what if Julius Caesar survived his attack on the Ides of March? What if the United States didn't get involved in the American Revolution? What if Hitler won his campaign to rule Europe? I know some of you reading this might think it silly, but every year, appropriately enough on February 2nd , I like to watch Groundhog Day… which in itself seems to be a "Groundhog Day" experience, doesn't it?!?!

Hum.. this post made me think it's time to watch another movie about time this weekend. I wonder which one I should see that I haven't seen before. Time to check out www.timetravelreviews.com again! What are your favorite Time Travel/Time Continuum/Alternate History/Temporal Phenomenon, etc. movies?