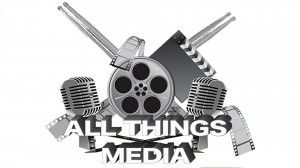 Videomaker readers are always a creative bunch, but one has decided to use his video skills to highlight other people's creativity. Larry Williams II has started a web series that seeks to highlight interesting undiscovered artists. "Its main purpose is to help talented amateurs in all forms of media receive a little more exposure," said Larry, "I came up with the idea while being deployed in Saudi Arabia. A couple of artists and one band sent me some music one day and I was listening to their music at work. Most people liked it and wanted to know about them. At first it was going to be mostly music artist. When I had told some people about it both back at home, they both basically asked 'Well, why does it have to just be music artists? Why not go the whole nine yards and do all things that pertain to media?"

Episodes will be different based on what content he receives, but will include interviews, Q & A sessions, and recommendations for videos to watch on YouTube and Vimeo. Currently, Larry has interviews lined up with three artists for the early episodes of All Things Media: rapper PopeYe, R&B singer songwriter Raven Seiara and the band Widows Tithe. Watch the first episode below: http://youtu.be/YHsbdUNfnLI

At the same time, Larry is also working on his next project, a short action film called "Catch Me if You Can." He shot it on a canon xha1 and will release it online in August. He says that he may turn the movie into a web series depending on the response. He's currently involved in principle shooting for this movie, which he describes as being in the vein of the Bourne and Triune film series. "I think twothings inspired me — the love for action film and people were asking about a continuation of our small action videos we put upon YouTube and the fact that its been a while I decided to go with a bigger project," said Larry. "I was able to do most of the pre-production with my locations in mind, but I would say the love for action films and people asking about more videos." You can learn more about All Things Media on Facebook or watch new episodes on its YouTube channel Project A Studios.