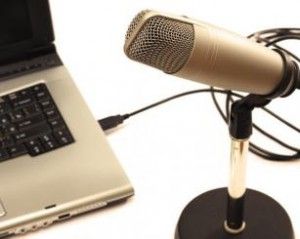 Time and again, we've warned readers about the importance of audio in video. Audiences will tolerate — some may even expect — imperfections in a video's visuals, but they absolutely will not stand for poor quality audio. Tinny or muffled sound instantly breaks our suspension of disbelief; it can make it difficult to follow the storyline or really connect with the characters.

We recently spoke with Videomaker reader Manolo Munoz who reiterated the importance of good quality audio as he told us about his latest project, a cooking series he plans to pitch to networks. "As everyone knows, people will sit through a low quality video as long as it has high quality sound, but they will not sit through a high quality video with low quality sound," said Manolo. "Because I've never had any formal video/movie training, I learned the hard way that every project is two parts sound, one part video. You have to give yourself a moment to visualize your movie or video in your mind. Visualize the flow and feel of it. Try to story board your movie while its still fresh in your mind, the creative juices just seem to flow after that. Then remember, you are the storyteller. Two parts sound and one part video. Watch any Hollywood blockbuster movie with the sound turned off, and then listen to it with your eyes closed. You'll find that with just the sound, you can get a good feel for the story being told."

Manolo is concentrating on capturing the best quality sound for the show with a Zoom H4n. He was inspired to start his own YouTube cooking show after shooting a commercial for a local restaurant. Manolo's friend Rob Gavel, a master chef, loved the look and feel of a video commercial and asked me to produce the show. Rob chooses the recipes and Larz, another barrista friend, chooses the drinks to go with the food. The show is dedicated to the principle that "Anyone can cook — No excuses." To that end, the team selected a grilled cheese recipe for their first episode. Manolo considered that to be a very significant choice because there's no right or wrong way to make such a sandwich. It's just a simple sandwich but it can be done in so many ways.

Manolo and team also paired the sandwich with the perfect cocktail beverage to create a complete meal. "The biggest challenge in making the Cooking Show is believing in yourself," Manolo said. "The technical challenges can all be worked out by learning from using Videomaker and other online sources as a learning tool. You have to believe that successful people do the things unsuccessful people are not willing to do. You just have to believe in yourself because when everything seems like its falling apart and wont happen, thats when you raise your personal and professional standards and the video/ movie magic starts to happen.

The other biggest challenge is definitely taking a single idea for a show and just doing what you need to do to make it happen, one shot at a time." "You Only Live Once so dont wait for someday to put everything youve got into a project," said Manolo, "Youve got everyone depending on you to make the project happen. Honor and respect your Team and Project, and amazing results will surely follow. I also discovered that you definitely want to maintain a safe camera distance from items cooking in a hot pan. Nuff said " A seasoned documentarian, Manolo's previous film about the eviction of the Occupy encampment in Albany, NY, was accepted into the New York State Library as part of its official Historic Archives.

More recently, Manolo finished a documentary called March Against Corporate Greed, about 15 union members who marched 156 miles over eight days from Albany to join Occupy Wall Street in New York City. (He made the walk alongside them, lugging his video gear the whole way, to capture the real grit of the adventure) He has also begun shooting an adaption of his vampire novel Let Go.