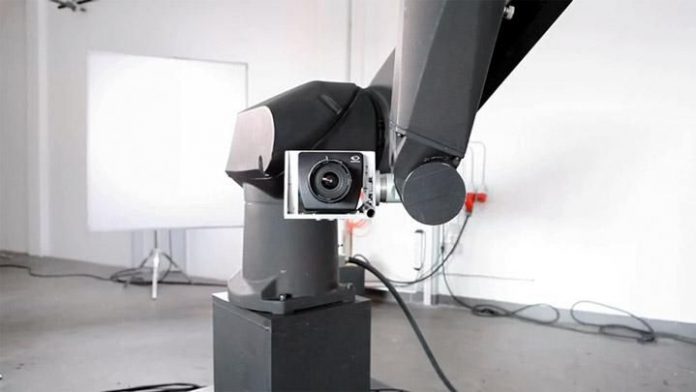 Now that high speed video is becoming ever more accessible, and amazing picture quality can be achieved by just about anyone, high end production houses have to be more creative if they want to catch the eyes of potential clients. The Marmalade, a production company based out of Germany, has created an amazing new piece of technology called Spike. Spike is a motion control robot designed for use with high speed cameras. It might sound boring, but take a look at some of the footage Spike helped create:

As we know, high speed footage actually means ultra slow motion. It’s called high speed because the camera shoots at a very fast frame rate (as in 1000 frames per second or more), then those frames are played back at a normal rate; 24p, 60i, etc. The result is silky smooth slow motion. The problem is that if you want to have a nice dolly or jib shot, the camera needs to be moving very fast in order to for the camera move to be visible int he final shot. If you’re trying to capture a drop of water splashing on a surface, good luck getting your camera from point A to point B on a dolly during the hundredth of a second it takes for the splash to occur. The solution to this problem is simple: get a robot to do it!

Back in the 90s this commercial blew us away with it's time-freeze camera movement made famous by the Matrix. Today effects are more subtle but no less complex in their creation. Sometimes people ask me how high-end production companies can justify charging tens or hundreds of thousands of dollars for video work. This is how.