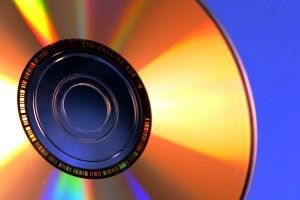 Sony Creative Software acquired Netblender Inc.'s DoStudio last fall and Sony's updates – DoStudio Indie and DoStudio EXare now ready for the post-production side of your business or independent work. The DoStudio Indie can give your final deliverable an interactive touch with pop up menus and picture-in-picture capability. On the technical side you're looking at Corel PureHD Multiplexing which is solid in playback performance and compatibility. The BDCMF format can make your final project ready for single or dual layer Blu-ray discs and is a leading format among Blu-ray replication facilities.

The interface with DoStudio Indie is simple and geared toward those that like to point and click. You'll find a simple naming system so that you don't need to learn a bunch of coding to use great authoring options. As for any Adobe Photoshop work you've put into your project, importing should be simple and will reinforce your overall theme. DoStudio EX for a couple more thousand dollars allows HDMV mode, a non-Java option that adds title control, access to cell-level command and infinite pop up menus. In this mode you can also take advantage of the added application, IGEditor from DVDLogic.

With IGEditor you can add menus on top of video or make use of PES (packetized elementary stream) streams in DoStudio EX. You'll also be able to import PSDs and work with dual 1080p 3D. If you're still looking to reach the authoring stage, the DoStudio Encoder 2.5 can get you to Blu-ray easily. It can even create chapter markers that will be included when your project gets to a DoStudio authorer. At $995, DoStudio Encoder can be a workhorse if you plan to churn out the Blu-rays. These disc authoring software offerings do run $3,000 for DoStudio Indie and $5,000 for DoStudio EX and are geared for small video businesses but will still provide the quality and options that you'd expect for big name movies.