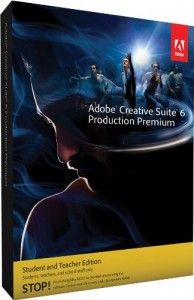 On May 7th Adobe released Creative Suite 6, and it's pretty clear that their eyes are keenly focused on video production. While we're still in the process of writing our review of the software suite, here are a few of the features we're think video producers everywhere will be excited about.

Adjustment Layers in Premiere – Here's the situation. You've edited together a very complex sequence of shots which features a drunk stumbling from home from a night at the local watering hole. The sequence is composed of several point of view shots cut tightly together, andsprinkledwith wide shots of the person walking down the sidewalk. You want to make sure every POV shot isblurryand de-saturated so the viewer can see the world as the drunk sees it. Before, our only solution was to either apply the blur and de-saturation effects to each clip individually, or nest each chunk of shots and then apply the effects. Adjustment layers change this. They work just like they do in After Effects. Simply place an adjustment layer over the shots you want to affect, then apply the effects you want to the adjustment layer. It will transfer those effects to every clip underneath it in Premiere's timeline. Now, if you have to change the amount of blur or desaturation, you only have to change the settings on the adjustment layer(s) and not each clip or clips inside of a nested sequence. To me, this feature is about six versions late, but better late than never!

3D Text (and Basic Shapes) in After Effects – Have you ever needed to do simple 3D text when working in an After Effects project? Unfortunately, After Effects could never do true 3D. Rather, it could place 2D objects in 3D space. That means if you wanted 3D text, you'd have to put 2D text in a 3D composition, duplicate it about a hundred times, then offset each layer's Z position by one pixel. What a pain! Alternatively, there was a way to use the Shatter effect and turn off force and gravity to give pre-composed text a bit of extrusion. Still not very efficient. Finally, Adobe has added an extrusion option within the settings of 3D text/shapes. For those that only need very basic 3D tools, this may save you from spending a couple grand on 3D software.

SpeedGrade – Okay, this isn't so much of a feature as it is a complete product. Adobe aquired IRIDAS, and included it in the creative suite for the first time in this sixth version. The first thing you'll notice is that it doesn't really feel like an Adobe product. The user interface is way different. Additionally, quite a few Adobe UI conventions that are ubiquitous in Adobe products aren't there. The software itself, however, is great. Dedicated color grading software is being used more and more frequently outside of Hollywood. DaVinci, for example, can now be purchased for $1000 on OS X, where it used to be a $20,000+ system only. It only makes sens that Adobe wants to get in on the action. Considering the price for Adobe's Creative suite hasn't risen any (in fact, the Creative Cloud option looks like it'll save you money), having a dedicated color grader is a welcome addition! Obviously this isn't a comprehensive list of new features.

There's tons more to look forward to in CS 6, so keep an eye out for our upcoming review!