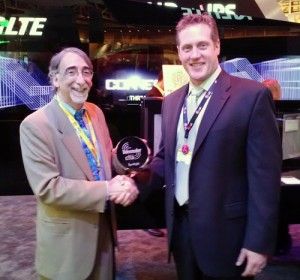 [image:blog_post:12819]Finally! A mobile phone manufacturer includes a video editing app pre-installed on the phone! LG's Lucid will come with an app called "Video Producer" which will allow you combine clips, add styles, select background music, overlay images and text, and, our favorite, TRIM CLIPS! For years, smartphones have had the ability to crop still images natively, yet the ability to trim down video clips has somehow always required a separate purchase.

The LG Lucid has finally given mobile video shooters the basic tools they want (and need). The Lucid is running on Verizon's LTE network and will cost a mere $80, which makes it incredibly appealing when standing next to other LTE phones twice its price. We can't wait to take a more in-depth look at Video Producer. Hopefully this is the beginning of a new trend where we see video editing capabilities included natively in every mobile phone.