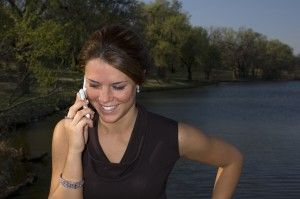 In honor of CTIA 2012, we want videographers to be more aware of wireless terms, some you may know, but the less you need to glance at glossaries, the better.These come from a few CTIA pages on consumer information,

1. Federal Communications Commission (FCC): An independent U.S. government agency responsible with regulating interstate and international communications by radio, television, wire, satellite and cable. This includes all aspects of the wireless industry such as devices, policies, programs and outreach initiatives. This is a big one, this national agency regulates pretty much anything that TV and radio stations play. The inclusion of the wireless industry means, that the Wi-Fi camera you just got, must follow the agency's guidelines. The FCC is also the agency responsible for setting the standards for many aspects of video, particularly, which frequencies your devices are able to use.

2. Filters: Most wireless carriers provide parents with the ability to filter Internet content accessed on a wireless phone on their network. Not to be confused with many other definitions of filters, the International CTIA WIRELESS filter is generally one that provides you squeaky-clean Internet videos, text, and photos that are mainly concerned with the well-being of your device. These filters will often appear in the form of software, and while there is software with filters for video, our favorite filters are the physical ones that will modify the images you're capturing with your little devices.

3. Interoperability: The ability of a network to coordinate and communicate with other networks, such as two systems based on different protocols or technologies. Interoperability is really a measure of how well systems can communicate or share. This should be familiar territory for any videographer that's had to work with containers or codecs extensively. What we're looking for is simply being able send video from one device to another, in different areas – the smoother, the better in this case.

4. LTE (Long Term Evolution): The next-generation network beyond 3G. In addition to enabling fixed to mobile migrations of Internet applications such as Voice over IP (VoIP), video streaming, music downloading, mobile TV and many others, LTE networks will also provide the capacity to support an explosion in demand for connectivity from a new generation of consumer devices tailored to those new mobile applications. Largely dependent on which is available to you, 3G or 4G, LTE is tagged onto 4G since it is the most current network and is committed to supporting expansions in the realm of video delivery. Video will get further versatility as long as LTE can keep up.

5. Packet Data: Information that is reduced into digital pieces or packets, so it can travel more efficiently across networks, including radio airwaves and wireless networks. Packets and Packet Data are like the media cards you may use with your camera, but on a minuscule scale. Rather than uploading a 2GB video all at once, parts of it are sent over time, thus, you get buffering. This can really help make video smooth, just give the packets time to move.

6. Smart Phone: Wireless phones with advanced data features and often keyboards. What makes the phone "smart" is its ability to better manage data and Internet access. Indeed, we have now learned what makes you smart, being able to manage data and access the Internet, no wonder those fifth graders do so well! In all seriousness, being able to access the Internet opens a host of video applications since so much video gets downloaded and uploaded every minute – 60 hours and that's just on YouTube. Now you may consider an app that lets you edit video or provide a viewfinder for your sportcam. When it comes to data management, there's likely a very high percentage of videos and films that would fail as early as pre-production if not for such smart phones.

7. VoIP (Voice over Internet Protocol):VoIP is a two-way communication service that can allow users to communicate via voice or video. Based on IP technology, VoIP is used to transfer a wide range of different type traffic. Webcam-ing may be forever tied to VoIP so just know, if you use FaceTime or Skype, you are using VoIP, and clearly it has already made great improvements from its early days in the mid 90s.

Keep checking our video news blog for the latest from CTIA 2012, and we'll keep searching for the most notable video developments the event has to offer.