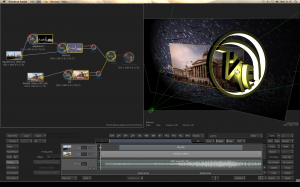 Visual effects and Autodesk seem to go together extremely well, generally, Autodesk Smoke has been used by only top level professionals, but now Smoke 2013 is shaking that notion. The redesign from node to layer-based editing is one part of this overhaul, and the brightest part of the deal, what was once $15,000, is now $3,500.

This still puts it on the high-end of post-production software, but it is much more feasible. By combining the node system within the tracks and layers, Smoke retains its powerful compositing. There is plenty of ability to work on 3D, including editing, titles, logos and complete lighting control. Since many more people will have the opportunity to try this software out, you may be able to see it for yourself. [image:blog_post:12860] [image:blog_post:12861]