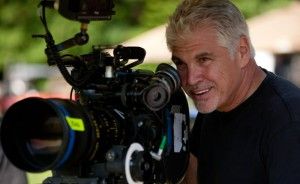 Each year video and film enthusiests look forward to the tech and industry news coming out of NAB. This year, those lucky enough to attend will have a chance to attend a talk by Hunger Games director Gary Ross. Among other films, Mr. Ross is known for directing Seabiscuit and Pleasantville, as well as writing the mega-hit Big. At the time of this posting, Hunger Games is at the top of the box office charts in the united states and has had the third highest grossing domestic opening weekend ever.In addition to Gary Ross, Hunger Games sound designers Lon Bender and Bill Dean will be participating. The talk is part of the Creative Master Series at NAB, which Mr. Ross is headlining.

Additionally, ABC executives Marc Bracco and James Goldston will appear. It's not unusual to find interviews of blockbuster movie and television directors shortly before and after a nationwide release, but these NAB talks are less about promoting the movie and more about talking shop with industry peers. In addition to all the new tech being announced and showcased at NAB this year, video industry geeks will definitely have plenty to obsess over.