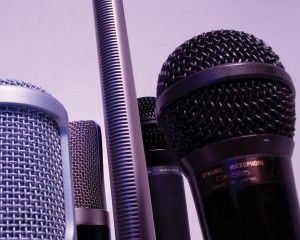 One of the most common questions we get from beginning video producers is how do I get my video to be more like what I see in movies and TV? It used to be that everyone was looking for that 24p, shallow depth of field look that film has, but with modern DSLRs that look has become so common it's no longer an issue for most people. While there's a lot that new videographers can do to increase the professionalism of their video, the number one thing that separates the amateurs from the pros on the web is audio. You could (successfully) argue that good lighting, editing, and composition is also very rare on YouTube, but in the age of guerrilla filmmaking, even the pros are neglecting many of the fundamentals. If you ever watch reality TV, I'm sure you know what I'm talking about. On YouTube, and sites like it, you'll find videos with varying degrees of production quality. The line that separates amateur from professional is drawn between good and bad audio.

One thing that you will hardly ever see (or hear) from a professional production, however, is bad audio. Why is this the case? Why is a medium that is so heavy on visuals so reliant on audio? The big reason is that humans are very good at absorbing information from a visual source, but not as good with audio. If we see video that's lacking details, but can easily hear what's going on, our brains will fill in the blanks where the visuals are lacking. That's why whenever you see grainy, pxililated dash cam car chases on Silliest Police Chases 19, you can hear every police siren, tire screech, and metal crunch (these sounds are all added in post, but that's another story). The video itself is ugly and hard to make out, but by being accompanied by good sound, our brains complete the picture for us.

Because we use sound so much to interpret video, bad audio, or audio that is difficult to hear, is extremely frustrating for the viewer, even if the picture is crystal clear. Consider a talking head recorded with the on-camera microphone. It doesn't matter how great the lighting is, how emasculate the set is, or how crystal clear the picture is; if the viewer has to strain to understand what the person is saying, you can bet they'll click to the next video. Conversely, if the same person is recording to VHS, in their garage, with natural lighting, but is wearing a lavalier mic, and every word can be heard clearly, the viewer is much more likely to continue watching.

So why is good audio so rare on YouTube? Let's ignore the videos of cats and planking, where sound isn't really an issue, and focus on scripted content. Firstly, YouTube directors just don't think about recording sound when they're planning their production. This goes back to humans being visual creatures. Just remember that that only means that we need extra help when it comes to audio. Secondly, recording good sound is an added cost on top of the cost of the camera, tripod, lights etc. Thirdly, YouTube directors may simply be inexperienced with audio equipment and be unwilling to invest time and money for a tool they've never used before. If that's the case, there are some great resources out there to help you learn the ropes. 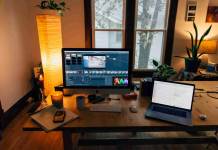