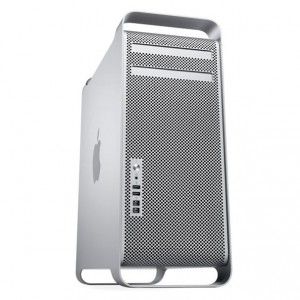 When Final Cut Pro was revealed, video professionals were unhappy. Personally, while I loved previous Final Cut Pro releases, If FCP went away, I could get over it pretty quickly. Editors still have the powerhouse that is Avid, and I'm learning to like Adobe Premiere (admittedly, that's mainly because of it's integration with After Effects). The problem is, with the future of the MacPro in question, it's looking increasingly likely that we'll be forced to migrate to Windows or Linux.

The idea of giving up OS X is not something I, or many other videographers, relish. Some will argue that with thunderboltperipheralsbecoming more common, video editors can easily work on an iMac or MacBook Pro. While it's true that thunderbolt allows for an amazing amount of modular expansion in terms of storage, monitors, and even PCI slots for GPUs, thunderbolt doesn't address the limitation of RAM and processing power. If you've ever rendered out a complex After Effects composition, you know the importance of hyper threaded virtual cores and piles of RAM, something that out of the entire Apple line of computers, only the MacPro can provide.

One might argue that Apple hasn't updated the MacPro because the hardware in the current generation MacPro still stands up to today's standards. While that may be true, wouldn't they at least update it to include the thunderbolt technology they're putting in every other Mac? It's my belief that by abandoning the MacPro line, Apple is unofficially abandoning professionals that need serious horsepower in their workstations. Would they do that? I doubt it, as if they want users to submerge themselves in the Apple ecosystem of consumer products, they'll want people using Apple products at work as well. Apple wants a presence at school and at the office. It just doesn't make sense to not offer a product for power users. Still, it is very fishy that it's been a year and a half since the last update, and every day that goes by without word of a refresh makes me nervous.