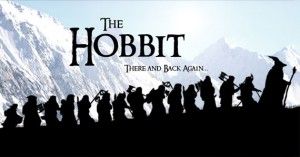 I recently saw director Peter Jackson's latest "Video Production Diary" of his newest movie, "The Hobbit". Based on the legendary stories of Middle Earth by J.R.R. Tolkien. Jackson's success with his first major directing effort with The Lord of the Rings was nothing short of amazing – a story that was so well known to readers for generations that Jackson went out on a very precarious limb to make the beloved series into a movie. He bought the rights to the movie years before he ever set foot on a set, but had trouble shopping it around until technology had finally caught up with the abilities to tell such a massive tale. Now, with The Hobbit, he faces a challenge of a different sort: how to make likable characters.

For anyone familiar with the story of The Hobbit, the main characters aren't exactly as likable and agreeable as those in The Lord of the Rings. You have Bilbo Baggins, a very lovable hobbit, and Gandalf, the wise and comforting wizard – but encircling our two characters is a bevy of dwarves – 13 of them – all with characters from whinny to down-right annoying. Regardless of the medium used to tell a story – from the village bard using aural history around a campfire to the highly effected movies of today, all story telling processes follow one ideal: How to best engage an audience.

[image:blog_post:13054]I'm curious how Jackson will take these 13 non-lovable characters and make the audience care about them – that's the key element in a story and no matter how many special effects you throw at a movie, if the audience doesn't feel empathy for the characters, they won't be as immersed in the movie as you might wish. In the book, J.R.R. Tolkien imaged the 13 dwarves as egocentric narcissistic beings obsessed with treasure – I wonder if Jackson will tone their characters down a bit.

In both the book and movie trilogy of The lord of the Ring, the one dwarf, Gimli, had an engaging personality, even under his gruffness, and so was a likable character to the audience. So far, The Hobbit trailers and previews make them look lovable as well as physically different, which is good because there are a LOT of them – most books and movies shy away from that many characters to develop. If you're a Facebook fan, you can follow Peter Jackson with his video diary posts.

One thing I noticed on one of Jackson's video diaries is how the men playing the parts as dwarves are all of average height, but the clothing, blocking, perspective and camera angles, of course, will make them appear shorter. The video diary showed two full versions of Bilbo Baggins' home: one human size, another hobbit size… one thing they didn't go into much detail in the Behind The Scenes [BTS] with The Lord of the Rings was how they worked out the human-vs-hobbit sizing difference; I hope they add that info with the BTS of The Hobbit. Peter Jackson mentions in his Video Production Diary how much his viewers told him they loved the sweeping vistas of The Lord of the Rings and he said he plans to employ the same beautiful aerial scenes of "Hobbiton" and other areas on the Hobbit's adventure.

For anyone who loves to get into the head of a director or to watch how movies are made, Jackson's video diaries give you a lot of information about all the BTS work that is involved in a production of this caliber. This fifth installment shows you the rebuilding of Bag-End, Bilbo's round-holed home – which now resides with the rest of "the Shire" in New Zealand, and promises a longer more detailed look at Hobbiton, the little village the hobbits reside it.

I bought the The Lord of the Rings trilogy DVD set and loved watching all the BTS footage – it's pretty amazing how they pull this all off. I can't wait to see The Hobbit; as an avid fan of the books and the LOTR trilogy both in book and movie form, I look forward to seeing this next vision of Mr. Jackson's – we'll see a few returning characters, including Gandalf and Frodo along with Gollum, played by the amazing Andy Serkis.