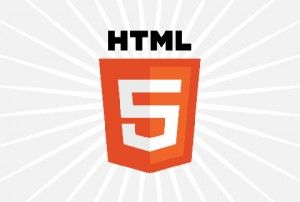 Video may well have killed the radio star, but until recently the internet had yet to kill the video star. Though plenty of music videos have been sold and watched through online portals such as Apple’s iTunes and YouTube, they have in reality, stayed the same. The only difference was that instead of plopping down on a couch and watching your favorite band’s music video on TV, you could sit in front of your computer watching the videos you wanted to see when you wanted to see them. That was until now. Harnessing the power of HTML5, several innovative bands have now created online music videos that have upped the ante in how fans can interact with their music. Instead of the tried and true method ofpiecingtogether multiple clips and letting the viewer sit back and watch, these bands are allowing fans to not only choose what they want to see in the music video but are making the place you grew up part of the story as well.

In the latest iteration, OK GO, a longtime internet star going all the way back to their famous treadmill video for their song “Here it Goes Again“, used HTML5 to spell out a user-supplied message with the band member’s feet in their video “All is Not Lost“. Quite an accomplishment considering that the designers not only had to spell out all 26 letters of the alphabet with people’s feet – but synchronize them as well. Arcade Fire does something similar toward the end of theirmasterpiece, the “Wilderness Downtown” but also incorporated a Google Maps version of a user-supplied childhood home as part of the story in their music video. Amazingly, they were even able to use some 3D effects of HTML5 in order to make trees look like they were growing right over the satellite and street views of your own home. Danger Mouse went a slightly different but equally innovative direction with their music video “3 Dreams of Black”. Their video allows users to not only change their point of view, but to create some of the 3D elements at the end of the video as well making for a truly interactive experience.

Though these are new and interesting experiences for music video fans everywhere, the real question is if this trend will last. If so, it will be a redefinition of what can be done with music videos and will require that video editors not only know how to helm programs such as Final Cut Pro and Adobe After Effects, but HTML5 code as well.