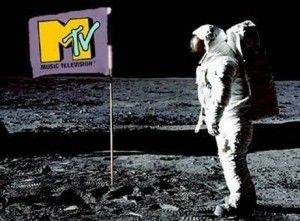 I want my MTV

Anyone over the age of 40 can probably still recall that moment when they saw a music video on TV for the first time it was magical, mesmerizing and enthralling. I remember walking into a friends house that had that new-fangled Cable TV hooked up and she said, "Check this out, its called MTV". It was hypnotic and we sat for what felt like hours watching without talking.

MTV, the music video channel that literally changed the look of music, was launched 30 years ago this month with, appropriately enough, the music video, Video Killed the Radio Star, by the British New-Wave band, The Buggles. When MTV first went on the air on August 1, 1981, its main purpose was to bring music videos to an eager audience. Previously, one couldnt see a recording artist play except in live concerts, or on TV specials. Most musicians didnt have, (or need or want) a Music Video and opponents to the show suggested that the music videos would kill the viewers' desires to see the bands play in person.

Being a new channel, and the fact that Cable TV was just a fiber-optic gleam in many a programmer's eye, MTV wouldnt catch on for a few years and only a small number of viewers in New Jersey actually saw that first video play. But as soon as specialized cable TV shows were available regionally, MTV's message spread across the country like the proverbial wildfire and a new generation of musicologists was born.

Around that same time, as a college student at California State University, Fresno, I was enthralled at the idea of creating music videos. I was enrolled in the brand new major: Radio-TV Production, but there werent a lot of classes, choices or subjects to study at the time. One class I attended, called Careers in Media Arts and Entertainment, was supposed to expose us to all the different areas of study, but, in reality, all we did was research books on our own at the library and write essays every week on a different focus. Eager to learn more about making Music Videos, I devoured every periodical I could about MTV and music videos, (there were no making music videos books yet published, so my major reference library was Rolling Stone Magazine.)

I wanted to make Music Videos and I wrote in my essay: A video editor has the chance to be creative beyond the norm and break the rules as an artist, not just as a cut-n-splice editor. Dr. M, the instructor who lectured to us about the Golden Days of Hollywood but knew nothing about the current trends or popular culture, gave me a 'D' for my essay the only 'D' I ever received at college level. He wrote: MTV is just a fad, as is cable TV. No one is going to spend longer than 20 minutes watching that slop. Youre wasting your time and you missed the point of the assignment: to research a valid career that will sustain you in a worthy occupation. I still have that essay and I love to laugh at his words from time to time.

MTV DID sustain itself, for a very long time, despite being a music video channel, and a new business in the entertainment world came into being. The business of creating music videos became a lucrative career for many film and video producers including John Landis who produced Michael Jackson's famous Thriller video and Spike Jonze.

Music video became big business after MTVs launch. Theres not a band today that hasnt made (or attempted to make) a music video. And in many ways, yes, the music video DID kill the radio star. Looks, eventually, along with dance routines and catchy videos and effects were just as important to a band's success as the lyrics and tunes they played. If a VJ loved your video, you were gold. VJ, for Video Jockey, a play off the DJ-Disc Jockey phrase, was another career launched with music videos. The old joke about a face for radio wouldn't hold anymore.

The beginnings of music videos actually goes back to the beginnings of "talkies" – movies that had sound, but the Music Video by itself for a recording artist didn't become popular until the 1960s with choreographed videos for the Beatles 1964 movie A Hard Days Night.  Music videos evolved in the 1970s into programs such as PopClips, a TV show developed by Mike Mesmith, of The Monkees fame.

According to a report on wikipedia, MTVs original music video taglines were "You'll never look at music the same way again," and "On cable. In stereo." The early days of MTV were so raw that programming would often go black while a tape-op switched tapes in a VCR!

In 1996, MTV 2 was launched, an all music videos all the time channel. By then, MTV had changed a lot; music videos had become much more polished and had a purpose that supported the lyrics, rather than random 60s-ish floating spots and effects. MTV was now airing "Real Life" shows with The Real World, credited with starting the Reality TV genre, and Road Rules, along with a half-hour news segment. By then I was working for network TV and I remember a poll taken by our network sometime in the 1990s that found that a huge majority of young people reported that they got their news only from MTVs newsertainment show.

[image:blog_post:13167] MTV's logo has also evolved over time, going from: "Music Television" to just "MTV" since it eventually aired more than just music videos. As an interesting fact, the original MTV man-on-the-moon image with the MTV logo pasted over the American flag was created with dual purpose: to state that the channel was universal, but to also use Creative Commons and Public Domain images so they didn't have to spend money creating or buying images for a show that might not make money. Many former viewers of MTV lament the days of all music all the time — MTV's original mission — but for better or worse, the channel still thrives and is doing well.

Ironically, I have a friend in Hollywood who is my age who was up for a job editing a video for a pilot for a new soon-to-launch show. He was turned down with a sleazy excuse that they were looking for an "edgy funky non-traditional" type of editor, "you know, MTV-ish". His frustrated reply: "Man, my generation INVENTED MTV!"

As for me, I did make a few music videos for local bands back then, I know of one band still using my video for their promotional website, and I created many Video Essays using popular songs wrapped around video of local festivities that ran in the weather segments or as the "kicker" for the news stations I worked at.

My dream to actually work for MTV ended when a friend of mine, who worked for the network and was trying to get me a job there, died in one of the 9-11 planes that hit the Twin Towers in New York. I cut my editing chops watching music videos, and learned about pacing, precise timing, and "how to break the rules" and I think the MTV of old helped me be a better video editor today. I want my MTV – still.