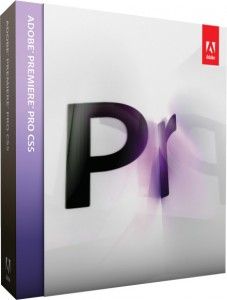 As we’ve already mentioned in a previous post, Apple has been under heavy fire for missing many components of Final Cut Pro 7 in their new software. In fact, as it currently stands, Apple has more 1 star reviews of Final Cut Pro X than the total of all their other reviews combined. That’s not to say the new software has gotten all bad press. There are actually quite a few 5 star reviews as well as many pro editors who have been touting how much easier and faster the new program can be. Looking at Apple’s App Store, it would seem that the features that most editors loved the most was the style of the new interface, the quick rendering times, and the simplicity of the magnetic timeline. However, with a lack key features such as multi-cam, XML support (both of which Apple has since stated they will be including in their next major release), and the ability to import old Final Cut Pro projects, it seemed only a matter of time before other software companies would start to come out with deals of their own.

Just this last week, Adobe decided to take advantage of the dissatisfaction with Final Cut Pro by announcing an upgrade program for anyone who has bought any version of Apple Final Cut Pro or Avid Media Composer. Basically, those who make the switch will get a 50 percent discount on either Adobe Premiere CS5.5 or Adobe CS5.5 Production Premium. In their press release, Adobe was also touting the ability to remap keyboard shortcuts to match Avid or Final Cut Pro presets. They also lauded their close integration of Premiere with their other popular applications, After Effects and Photoshop. Of course it’s interesting to note that just days before Apple announced the new Final Cut Pro, Avid announced its own switch program in which owners of Final Cut Pro could buy Avid Media Composer for only $950, a significant savings on their usual price.

With all of this activity in the pro editing software marketplace, it will be very interesting to see how each company responds. Of course, don’t forget that Videomaker will have a review of Final Cut Pro X online in the next few weeks so keep your eyes posted to see what our reviewer thought of Apple’s latest product.