The world today is all about speed. Faster cars, faster processors, are the norm in today’s society. That’s why it comes at no surprise that the WiGig Alliance, a group of wireless companies and professionals, just announced their intentions to use the 60 GHz spectrum to achieve data transfer rates of up to 7 gigabits per second. This is a logical choice for wireless manufacturers as cables such as Thunderbolt have been reaching unprecedented speeds of up to 10 Gbps.

The catch here is that this technology will only be available over short distances like a laptop to a display. This means that the technology will by no means replace current WiFi systems found in routers and computers that can provide data across several rooms. Instead, the WiGig Alliance expects that most homes and businesses will keep their current WiFi set up and simply include pockets of high speed wireless connections for the most used areas of the building or home. Nonetheless, WiFi technology is also looking to improve its range and speed next year by releasing 802.11ac which should be able to reach data transfer rates of 1 Gbps. That means that your home WiFi network might be in line for an upgrade too.

The beauty of this new technology is the fact that it is in a band that is unlicensed. This means there won’t be any large federal hurdles to jump over to make the technology become reality. Also, the wireless technology also has the support of big wigs such as Microsoft, NVIDIA, Intel, Cisco, Pnasonic, Dell, Toshiba, and more. All of this is an indication that this technology is very likely to stick around. Also, the speeds of this technology allow it to easily transfer large files such as HD video to computers, televisions, and other devices. It’s not much of a stretch to think that in a few years time, most camcorders could download HD footage to a hard drive by merely setting the camcorder near the computer.

The WiGig Alliance expects this technology to saturate the market by 2013 and will start releasing some products as soon as next year. Manufacturers such as Panasonic, Qualcomm, and Wilocity have already announced chipsets andantennasthat work using the 60 Ghz technology proving that this technology has a good chance to be the wave of the future. 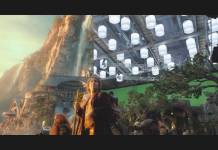