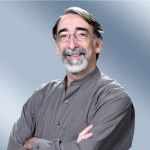 Videomaker has been publishing video production tips and techniques for 25 years and on June 2, Matt York and Videomaker celebrated our Silver Anniversary with a party for family and friends. During the event, Matt sent a live-streaming message to our readers, contributors and a host of others who helped make Videomaker the success it is today. The following is the text from Matt's live streaming speech.

Welcome to our humble abode and thank you for coming. As you look around you will find the people most responsible for Videomakers success. I want to extend my warmest appreciation to each and every one of them. Starting with my son, daughter and wife (all of whom currently work here), thanks for putting up with me and my devotion to this company that, at times, may have overlapped into our family a bit too much. Thanks especially to my wife Patrice for being the keeper of the purse strings. She and I are a perfect balance, as I tend to be the visionary risk-taker and shes the pragmatic voice who keeps us grounded in reality. As Vice President she has been and remains the other half of the sky involved in every important decision ever rendered here.

Outside of my family, I want to recognize the people who I approached 26 years ago when I first had the idea for this magazine. One of our local business leaders, Howard Isom, and I spoke last week about the day we first met. Howard said I was just a hippie living in the woods with a crazy idea and that no one had ever published an international magazine in this town before. Some of the people who I pitched actually invested in Videomaker (Howard wasn't one of them), but Garey Weibel (the then Publisher of our local newspaper, the Chico Enterprise Record) did. Some would say that Garey and I couldnt have been more different, but we developed a keen relationship based on mutual respect. Gareys advice over the first few years was indispensable and more than once helped save this fledgling company from disaster. In one harrowing incident in our earliest days, Garey literally rescued the company from the brink of disaster, contributing venture capital when it looked like this start-up was going to run out of cash. To your left or right you might see one of the vendors that have helped make us a success.

Over the past 25 years, weve printed enough magazines to fill over 400 semi-trucks. While our printing vender has never been based in Chico, so many of the services that we rely upon have come from our local community. We appreciate all their hard work and effort, knowing that we couldnt get this magazine finished each month without their support. I am very proud of our long-term staff, 8 of whom have been with us for over 10 years. Im gratified that youve chosen to stay with us for so long and contributed so much to make Videomaker what it is today. As you look around you might also see one of our former employees. Chico is something of a small town, so its not surprising that, after 2 and a half decades in business, weve got a few old friends who we still see when we walk around town. Many of them have gone on to success in their own rights, founding their own businesses and pursuing their own dreams. But each of them has been instrumental in helping us beat the odds stacked heavily against us. Thanks to your devotion and ingenuity we have achieved a near impossible task.

Today there are very few international magazines published in any town or city between San Francisco and Seattle and certainly none of them have ever celebrated a 25-year anniversary. Working at Videomaker has never been easy, as our competitors have been powerful and fierce publishing companies based in New York, Chicago, LA or San Francisco; much larger companies with deeper pockets and seasoned career professionals. Over these last few years we have seen many of them go out-of-business. The recession and the changes in the communications industry have taken their toll. The thrill of victory over our competitors lasts just a few moments until we realize that it could have easily been Videomaker that lost the battle. Thanks to our staff, we have achieved prosperity in one of the most difficult and complex industries in our economy.

In the process, over $80 million passed through our local banks during the 25 years weve been in business. Thanks to your efforts, Videomaker has been able to adapt with the changes that have rocked the publishing industry in recent years. We may have started out as a magazine but now our web site reaches 8 times as many people as our paper publication. As you look around you will see other people who are not vendors, investors, former or current employees. However all of you share one thing in common: you are believers. You believe that ordinary people like me can achieve extraordinary things. You believe that some of us are called to a higher purpose, to take incredible chances to achieve the near impossible. You are our community – business and civic leaders that make it possible for entrepreneurs to thrive in this city. I am proud to be one of those entrepreneurs and I would not be able to do it without the support of people like you.

Although we celebrate 25 years today, I know that many of you are unfamiliar with this higher calling that I just mentioned. You might be thinking, What exactly happens inside this place that Matt thinks is extraordinary? It is a simple idea: People sharing what they see and hear. People sharing what they see and hear. In 1985, when we formed the company, a relatively small number of people were able to share what they saw and heard. Those that could all worked for the entertainment industry, in the motion picture and TV business. These people represented less than 1% of U.S. society, but they controlled everything that the rest of the nation saw and heard. They shared their vision of good and bad, beauty and ugliness, shame and pride. The people in the TV business had to please advertisers so they had to influence what we valued. They had to use the power of video to alter our beliefs and get us to buy things. And since most people were watching at least several hours of TV every day, the TV business people had plenty of time to get their message across. Ultimately, this is not what the inventor of television had in mind when he wrote Television is a gift from God, and God will hold accountable those who utilize this divine instrument. We will look back on this first era of television as a disappointing period, when a very small minority held a monopoly on the technology used to share what we see and hear. An era when thousands of people in the TV business influenced billions of TV viewers.

Just 25 years ago, when the first issue of Videomaker Magazine was published, as I said, less then 1% of society shared what they saw and heard. Today in the U.S. there are more mobile phones than people with 35% using them to share what they see and hear. When Videomaker started, most people had just one screen to watch. Just 25 years later we have several TVs and computer screens in most U.S. homes, not to mention the video player on their mobile phone. Here at Videomaker, we have always been passionate about the power of video technology and how sharing what people see and hear is interwoven with democracy. The folks who work in this little building in Chico, California are recognized as global experts in teaching people to make video. By empowering more people to share what they see and hear, we help foster a more open and democratic society. A society with millions of people making video. We are now in an era when millions of people with video cameras affect billions of people who watch video.

Although we started out as a domestic business, today half of the visitors to our web site live outside the Unites States of America. A few years ago we started a non-profit called One Media Player per Teacher that aims to leverage the power of video technology to help the poorest people in the world. In this little building in Chico, we are collaborating with charities operating in Africa, India and Central America to prove that video can increase the quality of life for those trapped in poverty. When educated people share what they see and hear with those who are undereducated, the world is a little better place. The people in this building have always been working to make the world a better place. When we started 25 years ago, I didnt realize that I was a social entrepreneur. The last few years, social entrepreneurship has suddenly become our hope for the future. These days, measuring social impact is becoming an art form.

You may not find multi-millionaires inside this small building in Chico but you will find people who are changing the world. We want to thank Chico for providing a home to us for 25 years. Since our customers are not in this town, Videomaker is and has always been somewhat under the radar as a local media company. (We do not even have a sign on our building, because in the past, people have mistaken us for a video rental store). We love our local town, but our mission calls us to look outside as well, to think globally. It calls us to be passionate about the people all over the world who are not visible, who dont have the chance to make their voices heard people who need a better understanding of the tools of democracy to live in a free society where ANYONE can share what they see and hear. We hope that, in some small way, we can help those voices be heard, in a way that makes both our town and our world a better place. Thank you again, and thank you for being here.

To help us celebrate 25 years of teaching video techniques please contribute to our forums page How Videomaker Helped Me.