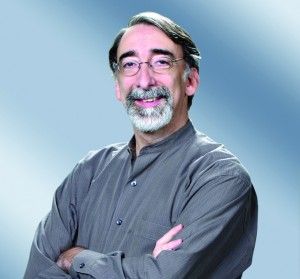 Videomaker is celebrating 25 years of helping people make better video! Join us this Thursday, June 2 at 5:30 PM PST at ustream.tv/channel/vm25anniversary as Videomaker founder and publisher Matt York looks back on a quarter century of helming the nation's premiere video training resource. This is a special presentation just for Videomaker fans and readers, so we hope you'll join us! Ever since the first movies caught the public eye, people have dreamed of harnessing the power of moving pictures to tell their own stories. There was once a time when, unless you had some connection to either the Hollywood film industry or professional television, there was virtually no way to get your message in front of an audience. The advent of home video technology changed all that. Suddenly, it was possible for ANYONE to be a movie maker. All across the world, ordinary people began to discover their own potential, becoming documentarians, citizen journalists and indie movie directors or just using video to document their own lives for fun. Community activists could turn the spotlight on vital overlooked issues, young directors could create professional-grade movies in their own backyards, and new parents could record their childrens first steps for posterity. It was in those heady days when that first generation of videographers was just discovering its new potential that one young upstart video enthusiast had a dream: Matt York wanted to create a magazine to help ordinary people to master video technology. The result was Videomaker, the first magazine dedicated to home video enthusiasts and prosumers. Today, Videomaker is still going strong. Although its still dedicated to the same core mission helping people make better video its changed in ways that Matt never could have foreseen. Todays Videomaker is more than just a magazine: Its also a thriving Internet community, a series of online webinars and live workshops, and a line of trusted expert training DVDs. Looking back, its hard to believe how far we’ve come! This week, were taking a moment to really think about all the changes we’ve seen. From the rise of the Internet to the dawn of digital video, the video world is astonishingly different than it was in 1986. No one knows this better than Videomaker publisher Matt York, who has personally overseen the creation of every single Videomaker issue since we first began printing 25 years ago. Join us this Thursday as Matt reflects back on the history of video and Videomaker, how its changed over a quarter century and perhaps more importantly how its stayed the same. Check out ustream.tv/channel/vm25anniversary Thursday at 5:30 p.m. PST to view live streaming video of this event.