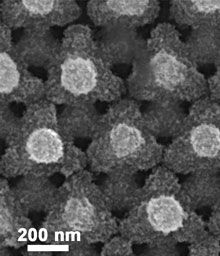 I’m sure almost all of us have gone through the torture of being without cell connection due to a dead battery. Even worse, there are probably plenty of us who have also been at a shoot where the camera battery died, effectively ending production. Amazingly, those days may soon be behind us. Scientists at the University of Illinois at Urbana-Champaign announced a new way of making battery electrodes that could charge lithium-ion batteries a hundred times faster than current speeds. This means that we may be looking at editing laptops that could completely charge in 5 minutes, or camera batteries that could charge in less than a couple of minutes.

This is amazing news because not only will video enthusiasts finally be able to save space by not having to have more than a couple of batteries, but will be able to save some green as well. The other beauty is that if all else fails and you do somehow show up on a shoot with dead batteries, you merely need to keep your crew and talent entertained for a couple of minutes while the batteries get fully charged.

The research group achieved the breakthrough by making highly porous metal foams coated with a large amount of active materials. The trick is that by having this porous surface, ions can move through the material virtually unabated, allowing recharging to happen at much higher speeds. At the same time, the foams hold enough of the active materials to allow them to store a decent amount of energy. This means that not only will we have large capacity batteries at our disposal with this method, but we’ll be able to achieve high speed recharging as well.

The only real unfortunate part about this technology is the complexity of the manufacturing process. As we all know, the more complex the process is, the higher the price – so hopefully they’ll find a way to make the batteries using mostly conventional methods before the technology gets released. I’m sure