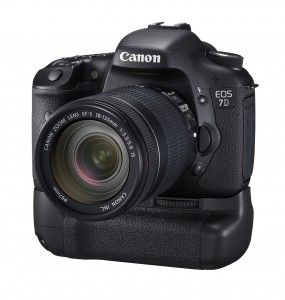 As weve all noticed lately, the lines between the gear used in still and video shooting are becoming blurred, some still shooters are embracing video for the first time using DSLRs, and videographers are clicking away creating still images using that same camera they purchased for videography.

Now Canon, the makers of the first HDSLR that was embraced by many shooters on both side of the chasm, is sponsoring a still photo contest that video creators might find interesting. The winner of the contest gets to work with Academy Award winning director, Ron Howard, on a movie short inspired by that still image.

Canon just announced the Long Live Imagination campaign with Ron Howard. People submit photos to www.youtube.com/imagination and winners will be selected to inspire a Hollywood short film directed by Ron Howard shot on a Canon DSLR There will be eight photos selected form the collection of entries, and they will collectively be the inspiration for the movie short. The Short will be shot using Canon DSLR cameras and accessories, and there will be a Red Carpet premiere in New York where the winners will meet Ron Howard.

Entries for the contest will be accepted from May 22 to June 14th and there are eight movie themes to help you get your imagination and inspiration on: Setting, Time, Character, Mood, Relationship, Goal, Obstacle and the Unknown.

And if you want to be a better video shooter, learn from a still photographer. They have to capture a full story in just one frame – this contest allows you to practice both still and moving imaging skills.

Below is more information form Canon regarding the contest:

Im known as a narrative storyteller, so when Canon approached me to partner on the Long Live Imagination campaign, I was moved by the opportunity to collaborate with the masses, tapping into consumers creativity and using their photos as building blocks to produce a film, said Howard. I hope the project stimulates peoples imaginations whether they are an amateur photographer, a world traveler or a proud parent, and I hope what we create is meaningful.

A visually stunning television commercial that takes place within Ron Howards minds eye will begin airing May 22nd. The spot will promote the Project Imagin8ion contest and online community.

Throughout the promotion, Ron Howard, with the help of Canon experts with Project Imagin8ion and the community, will narrow down the submissions and select eight photos one from each category. These eight winning photos will become the basis and inspiration for the short.

As part of the overall Long Live Imagination campaign, Canon will be curating the most inspiring photography out there, championing the imagination of the masses while demonstrating the infinite possibilities of Canon digital imaging. The customized Long Live Imagination brand channel on YouTube will serve as a meeting place and sharing community for Canon users and photography enthusiasts alike throughout 2011. The Imagination Gallery will be linked to other social media platforms including Flickr, Facebook and Twitter, so that users can easily share their photos, pose questions to the community and participate in real-time discussions. Though the gallery will launch as the home of Canons Project Imagin8ion initiative, the community page will live-on and continue to grow.