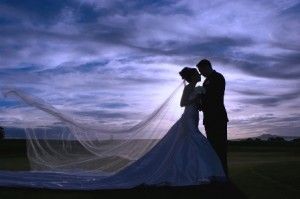 The most famous British royal couple of the day, Prince William and Kate – newly married and newly titled as Duke and Duchess, are probably still attending the many celebrations, formal functions and royal pageantry from today’s wedding. Many people all over the internet have quipped: “Who cares?” Well, apparently, according to the polls, millions of people do.

As I was watching the news this morning I was amazed at the amount of coverage this wedding garnered, on all stations, networks and satellite feeds. It made me wonder – how many cameras to you think were covering this event?

The Wall Street Journal posted a report that CNN was sending 125 journalists to the event, whereas CNN only sent 50 to cover Japan’s earthquake. Then there’s ABC, CBS, NBC, BBC, and the rest of the worldwide press.

It’s daunting, actually, to think of all those cameras – I’d wager at least one camera for every 4th person watching the fanfare outside, and there were thousands of people outside. Inside was a different story. It seemed like every angle was covered. And the images were so clear and in perfect focus! No shadows, no shots of the bride lost behind a huge bouquet of flowers, no contrast issues or low light/bright light concerns. None of the usual “Wedding Video Woes”!

Can you imagine the pressure on the crew hired to be the official wedding video producers? Wedding videography is a big booming business, but we all know sometimes the best shots are lost when the unexpected happens, your battery dies, someone bobbles the camera, the best man drops the ring or a bridesmaid faints.

Weddings like this one are choreographed to the nth degree, still, things can happen. With live coverage costing the television networks millions for a link to the live feed, I’d assume an intern wasn’t manning a camera!

It sometimes seems that everyone with a camcorder nowadays calls themselves wedding videographers, and many terrible wedding videographers have made the rest of us true event videographers look bad. Videomaker recently won a Telly Award for our Wedding Production DVD series, if you want to stand out from the crowd, royal wedding or not, be sure to check that out. And for more tips on stellar wedding shooting, here’s a “Sneak Peak” at a well-written feature from our upcoming July 2011 issue, “Make Wedding Videos that Wow!” by Jay Montana.

Just for fun, (it’s Friday, after all!) Here are a few statistics about the numbers of people watching at some major televised events and historical moments:

With the internet and the over-abundance of coverage at today’s wedding, I wonder how many people watched at least a part of the ceremony or following events. Makes me glad I’m not manning a TV news camera anymore!