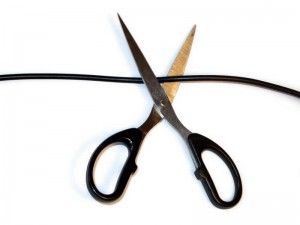 Researchers from Forrester Research have finally made official what we all knew would happen for years: people are now spending more time on the internet than watching television. This comes as no surprise. With services like Roku, Hulu, Xbox, and PS3, there has never been a better reason for cutting your subscription to cable TV. According to this study, time spent on the internet has risen by more than 121% over the past 5 years. With this increase in internet time, it was inevitable that 30% of people in all age groups now watch television content online compared to a measly 18% in 2007. All of these facts add up to some real tough times for cable television providers. These companies are not only losing ground to television broadcast on the internet, but they are losing ground to cell phone companies as well who are trying to convince subscribers to use their 4G networks for internet use instead.

The news is not all bad however. The data from Forrester Research does seem to suggest that people are still spending as much time watching television as they have in the past, however they have given up other activities like reading newspapers and magazines in order to devote more time online.

At the same time, many companies such as VIZIO, Sony, Panasonic, Samsung, and more are beginning to make the internet part of the television experience. By doing this, they can offer much of the same content that cable can provide, albeit at a much lower price. With all of this in mind, and with a bevy of internet-ready devices hitting the market, it may just be a matter of time before everyone replaces their coaxial cables with ethernet cables.