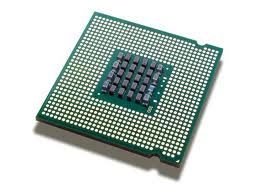 Let’s be honest, the first thing most of us think about when buying a new computer is the processor speed. Granted, there may be a few lone wolves whose elevator stops just shy of the top that think about the color or artistic merits of the computer first, but undoubtedly most people think of processing speed. Historically, this has indeed been the best indication of improvement to one’s computing experience and deservedly so. I mean there’s no doubt that going from 1 Ghz of processing speed to 2 should technically give your computer speeds that are close to twice as fast (which of course never actually happens), so what’s the big idea behind the title above? Let me explain. First of all, I think we can all agree that Moore’s law (which states that the amount of transistors that can be placed inexpensively on a chip will double every two years) cannot mathematically go on forever, and secondly, that the biggest gains in editing speed is no longer coming from the CPU, but from a fast hard drive and a GPU.

It’s shocking to think that Moore’s law could one day go the way of the dinosaurs. Even more shocking still is to hear a number of experts declare that CPUs are quickly approaching a power “wall” where to make the CPU any faster would mean a melting of the very substance that the transistors rest on. It doesn’t take a genius to know that a melted chip isn’t going to allow you to finish your video edit in record time. That’s why it’s unfortunate that this problem has not gotten a satisfactory answer from the labs at AMD or Intel, meaning that the “wall” may be approaching faster than we think.

On the other side of things, when Adobe announced their newest suite of creative products, CS5, they made a big deal of the close integration and speed gains that both Adobe Premiere and Media Encoder could get with a graphics card running on CUDA technology. This is because both Adobe and NVIDIA finally realized that CPUs are not only slowing their pace of improvement, but also pale in comparison to the processing power of a GPU – especially when today’s GPUs can handle the job of encoding and rendering more efficiently. If that wasn’t proof of the diminishing power of the CPU, it also seems that new versions of operating systems need less processing power and more RAM than they used to. Just a few years ago, when most people were running Windows XP, the minimum requirements for their computers to run was a measly 300 Mhz of processing power and 128 MB of RAM. Interestingly enough, when Windows finally upgraded their OS to the relative stability of Windows 7, the minimum requirements for the CPU went up by 700 Mhz, whereas the RAM went up by almost 1.8 GB, effectively double what the requirements of the CPU are. Even so, the most telling fact of all can be found with Intel’s latest announcement of their Sandy Bridge chip. Shortly after the announcement, MIT’s Technology in Review blog called into question the actual improvements of Intel’s chips saying that they “had little to tout in terms of improved CPU performance.” Instead, it seems that Intel is focusing on improved graphics processing and communication which has very little to do with what the traditional processor does. Though this may be good news for graphic card companies, it most certainly must be bad news for processor manufacturers and computer companies. If chips don’t get significantly better for tasks such as video editing or high end rendering, there will be real concern for these manufacturers as their biggest accounts will slowly fade away. Honestly, who wouldn’t just keep upgrading RAM and hard drives rather than buying a whole new CPU every 2-4 years – especially in our economy?

Hope is not lost however. Thankfully, it does appear that Intel is intent on nipping this problem in the bud by announcing new technology such as memristors and quantum computing, all of which hold promise but still have yet to see the light of day. These discoveries have the potential to allow processing speeds of up to 1 Thz. However, given the current state of the processing industry, there is good reason to doubt that these technologies will be implemented soon enough to stave off the problem. Either way, though it is a shame that processing power may not hold the same importance as it once did, the one thing that won’t be missing the slowing progress of processors is our wallets.