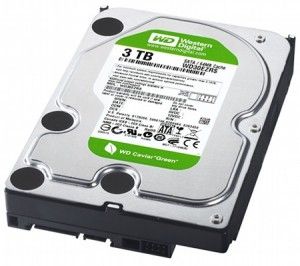 Here’s an amazing story: A professor in Sweden, having placed his laptop outside of his apartment unattended, inevitably had his laptop stolen. That’s not the amazing part. The amazing part was that a week later, the professor received a USB stick in the mail – complete with all of his files backed up on it. Now you could call this a considerate thief (or at least more considerate than usual – since he did steal the laptop after all), but quite honestly with the price and size of USB memory these days, there was probably no consideration involved. Instead, with a 16 GB USB thumb drive going for 25 dollars or less, it was probably the least that guy felt he could do. The crazy part is that just a few short years ago, USB memory sticks were so expensive that if that same thief mailed one to the professor, it may have been good enough to put a down payment on a brand new laptop. Instead, even thieves are literally giving them away now.

With the onset of cheaper SSD drives, hard disk drive prices have taken a bigger nosedive than Mel Gibson’s career. In that same manner, Western Digital just announced the first 3 TB hard drive that comes in at only $240. Each platter on this massive drive can write up to 750 GB worth of data while supposedly running whisper quiet. That seems to be a pretty sensible price for a drive considering that just a year ago a 1 TB hard drive could come in at the same price. All things considered, it’s nice to know that the progress of technological innovation seems to be going as fast as ever – all at an affordable price.