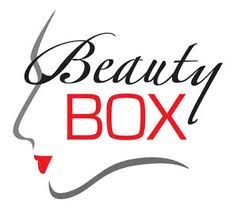 When Videomaker first took a look at Beauty Box back in September we came to the conclusion that it was a useful and time saving plugin that made it possible to make even the most self-conscious talent feel happy about what they’ve shot. We still hold to that conclusion and now with a new GPU-utilizing upgrade that gets rid of our only real complaint with the plugin, we can confidently stand behind our conclusion again. To be clear, Digital Anarchy, the makers of Beauty Box, a plug-in for fixing blemishes, wrinkles, and small defects in skin, recently released a new version of their plugin that can now utilize the power of a computer’s GPU instead of relying on the CPU only. As a result, in our tests we found that to render 10 seconds of footage from our new Documentary Storytelling series in After Effects, took only half as long as the previous version of Beauty Box. Of course we tested this on an Intel Xeon 3.33 Ghz Quad Core computer with an NVIDIA Quadro FX 3800 graphics card so we did have some definite power to start with but that doesn’t change the fact that time is money, and so saving this kind of time is significant. In the past, an editor would have to mask the area of the face, apply a blur, and rotoscope the movement of the talent frame by frame in order to achieve the same face-detecting results of Beauty Box.Oh, I can’t forget to say that Beauty Box 1.2 works best with NVIDIA’s CUDA technology on a 64 bit system. So for those who have been blessed with that kind of computer power, expect a big boost in speed and for 200 dollars, a good price to match.