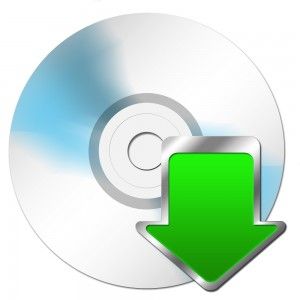 Let me first start out by saying that if you haven’t yet heard, Videomaker is finally drawing on their more than 25 years of experience in video production and producing some new intensive workshops on topics ranging from Advanced Shooting to Green Screen and Special Effects. This is good news for people who are looking to quickly learn about many specific topics in video. If you haven’t seen it yet, the list of workshops can be found here.

While putting together these workshops, and to serve our attendees and readers as best we could, we decided to back up many of the points we cover in each teaching session with short examples from professional films, television, and documentaries. We figured what better way to learn than to study from examples of professional work? At the same time, we decided to future-proof ourselves and take as many of these clips as possible from Blu-Ray sources for a full 1080P experience. While that sounded great in theory, in actuality, it was tougher to accomplish than winning the World Cup. Sure, there were a ton of great tools out there that could rip a disc to an MKV or an AVI which could play back on a computer, but the problem we ran into was that our editing software did not support either format well and the AVIs usually had broken indexes. Additionally,when importing into our editing software it either wouldn’t import at all into our project, or the audio would be about as out of sync as a bad dancer.

Since MKVs are just containers for H.264 video and DTS or AC3 audio, our first thought was to just strip the container from the video and audio and then rejoin the two tracks together, saving us time by not having to re-encode. Much to our chagrin, we found it incredibly difficult (not to mention time consuming) to demux the file into audio and video sources and then remux, or combine, them into an H.264 file. In fact, because the H.264 stream was so high from these MKV sources, most muxing software wouldn’t even allow us to combine the video and audio at all, and there was no codec that could read the native .h264 file besides. Even if the audio source was DTS, our video editing program couldn’t read it. This process put us back to square one more times than even the most avid mathematician would care to count and eventually became so frustrating that we decided to scrap the idea all together.

Now a short word on the legalities of copying DVDs is in order at this point. Basically, in order to comply with U.S. law, any clips a person takes must be used in a way that stimulates creativity for the enrichment of the general public and not to just “supersede the objects” of the original for reasons of personal profit. Also, the clips need to be fairly short in length (i.e. ~30 seconds or less) and not harm any profits that the distributors and/or producers of the film would have made otherwise. Essentially, you shouldn’t be giving a free screening of films to others. This is more or less the rules that fair use follows. Of course, if you are using this software to back up your DVDs or Blu-Rays for personal use, that would also be lawful under current law until you begin to distribute it to others or use it for profit. However, it is always advisable to check out current law first before doing any of these activities to make sure you don’t get into any legal trouble. Wikipedia has some great articles on the legalities of ripping DVD discs and Videomaker has put together a great list of articles on how to stay legal as well so check them out.

That being said, our solution was to watch the disc in it’s entirety on our Blu-Ray players. Note the timecode, and then go back into the movie and use a great piece of software called Pavtube to rip the clips into an .mpg format that worked natively inside of our editing software. The clips turned out beautifully since there were so many options for raising the bit rates, dimensions, and frame rates of the video, and took very little time. The program also had just about every format imaginable to convert to and allowed users to type in timecode to mark in and out points in the video, which saved a ton of time and effort. It was also possible to copy the entire disc this way, but just expect it to take a lot longer depending on the length of the film. Now it should be said that on my Mac, it was possible to use MactheRipper and MPEG Streamclip to do the same thing, but I really liked decoding and converting my video using the same program on the PC. I’m not going to lie, I wish I could say that the Pavtube software was free, but for only 50 dollars, this program was well worth the headaches it saved when copying discs for editing. While I’m sure there are other software solutions out there that can do the same thing as the software we found, we were just hoping that we could save you the headache of downloading some of those shady programs that may not work the way you imagined!