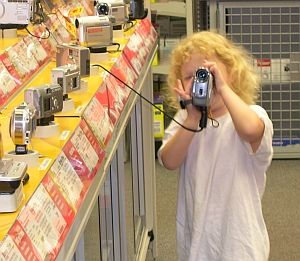 How good is your video art – really? Good enough to stand alongside the likes of Warhol, van Gogh and Picasso? Here’s your chance to find out.

Ignored for years by artcuratorsand critics, still photo shooters and video creators alike are finally getting the recognition they deserve. Now that digital imaging has become soubiquitous, the art world has finally accepted that what we do IS art – well, what some of us do – As we video “artists” know, manypeoplejust pick a camera off the rack, hit the red record button and flay the camera around and think THAT is capturing video, which it is, but we true artists know thedifference, and now the art experts want us to prove it to them.

YouTube users have the chance to have their work featured among the art masters of the world at one of the worlds most renowned art establishments, the Guggenheim Museum.

Usually the curatorial process can take years to result in Guggenheim exposure, but winners of YouTube Plays contest will be displayed at the Guggenheim in October this year.

Guggenheim and YouTube Plays partnership was developed to uncover the most creative video content in the world. The Guggenheim will select a shortlist of submissions to be evaluated by an international jury of experts and celebrities from the worlds of art, design, film and video, with the final 20 videos on display at the Museum.

So do you think you’ve got what it takes – really? By being a Videomaker reader you KNOW video production, so you’ve already been cut from the pack and have your place amongst theelite- here’ s your chance to prove you’ve got the chops to create true video art, and get the recognition you deserve by one of the most prestigious art galleries in the world.

But don’t sit aroundcontemplatingthis too long, the entry deadline is at the end of July. Find out more athttp://www.youtube.com/user/playbiennial for submission details.