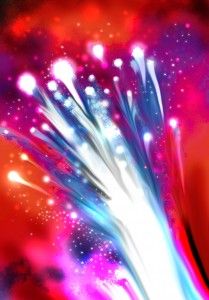 In a bid to take up even more of the wireless radio spectrum, President Barack Obama has signed a presid

ential memorandum supporting the FCC’s release of 500 MHz of wireless spectrum for broadband services. It’s been no secret that the FCC has been trying to play catch up with Europe on broadband speed and technology. This new initiative paves the way for the FCC to sell spectrum that can potentially deliver wireless broadband speeds of up to 100 megabits a second to 100 million homes in the United States. It also makes it possible for the FCC to create a nationwide safety communication network, something they’ve been trying to accomplish ever since emergency workers across the country had trouble talking to one another during the September 11th attack.

The FCC is currently fast-tracking an exploration of the broadband spectrum that is still available and how quickly other parts of the spectrum will open up. As the wireless spectrum is limited and is in high demand, this freed up spectrum is expected to go for more than 10 billion dollars when the FCC sells it in the next 5 years. This is money that will go towards both the safety communication network infrastructure and to actually pay off the national debt.

Of course on the video side, the only real question is does this mean that we’ll have to buy new wireless microphones again? The 700 MHz frequency range has already been sold off so who’s to say that wireless microphone frequency holders might not want to sell off more? Plus with all of the other important uses for the other parts of the spectrum, there can be no doubt that the pressure will be high for wireless microphone frequency holders to sell out. On the plus side however, if that event does occur, you should have no problem getting updated quickly on your new 100 megabit per second wireless connection.