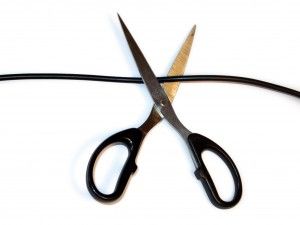 For what seemed like ages, wireless technology was either considered too slow or obtrusive for regular use in video workflows. Instead, users were forced to use USB cables, FireWire cables, and recently, to plug their media straight into the computer. While transfer technology has definitely improved over the years with FireWire 800 and USB 2.0, there is still a sense of somehow being chained down to the computer. I mean who wouldn't want to skip an entire step in their video workflow? Enter Eye-Fi and Toshiba. When Eye-Fi introduced their wireless SD card technology back in 2007, they showed every SD card manufacturer that there was a real demand for wireless storage devices. So with Toshiba's announcement to put together a standard for wireless SDHC memory cards, it finally seems as if the wireless data age has definitely arrived for both stills and video. Getting rid of the cables would be great, but in order to be a complete wireless storage solution, Toshiba will have to agree on not only a standard for SD cards (which work on AVCHD camcorders), but also a standard for CF cards (which work on DSLRs). The only real solution to this problem right now is to use a wireless SD card set inside of a CF card adapter. However, if companies can fit a wireless adapter into something as small as an SD card, can you honestly tell me that they can't also fit one into the much larger form factor of a CF card? It seems like only a matter of time. At the same time, if you've ever hauled around both a monitor and a camera at a run n' gun shoot for a client, you know just how much of a hassle cables can be. They can get in the way of your controls, trip up both the operator and the client, and drag equipment precisely when you don't want it to. That is why having an affordable real time wireless video transfer system would be the icing on the wireless cake for video enthusiasts. There are already wireless video transmission solutions for some camcorders, but unless you have a serious amount of cash just lying around and a really expensive camera, they are usually impossible to get. That's why it would be a huge game changer if companies like Eye-Fi or Toshiba could make wireless storage cards that could monitor video. Maybe with the addition of Toshiba to the wireless storage market, we'll start seeing these kinds of cards soon. Either way, it's about time that other manufacturers joined the wireless media revolution. With the advances that result, we may finally be able to put away our cables for good.