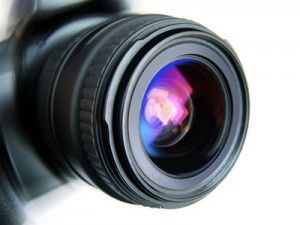 Every once in a blue moon, a technology announcement goes from the usual to the revolutionary. When recording moving pictures became possible on magnetic video tape, it revolutionized where producers could film, allowed them to view their footage right away, and most of all saved filmmakers a great deal of money. The problem was that it also changed the look and feel of film that many audiences and producers had grown to love. Instead, video had low resolution, bad color reproduction, recorded at 30 fps instead of 24, and worst of all, virtually no depth of field. This gave video a completely different look and unfortunately a distinct ring of low quality to most audiences when they viewed it. Since that time however, much progress has been made toward achieving that film look again. Over time color space improved in video, 24P shooting modes were introduced, and picture resolution increased. Even with all of these improvements, filmmakers realized that there was still one vital thing missing in the pursuit to achieve the look of film: interchangeable lenses.

With that being said, I can admittedly see one thing that could spell doom for the interchangeable lens revolution: compatibility. It would be great if camera and lens manufacturers could agree on making a standard for lens mounts on all cameras. I know this is wishful thinking here as companies make a lot of money off the different mounts they sell, but quite honestly, I think these manufacturers should be competing on lens quality and not compatibility. Plus, without a standard, many people would be forced into buying lenses and cameras from just one manufacturer which could put them in a real bind when newer and better equipment comes out from an entirely different manufacturer that does not have a compatible lens mount. Even with these problems though, the ability to shoot on both consumer and prosumer cameras with interchangeable lenses will no doubt have a huge impact on both amateur and professional cinematographers alike. With the ability to shoot with interchangeable lenses, camera manufacturers will have finally won the battle of making video look like film.