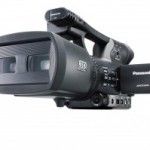 ?Loosely explained, 3D technology tricks the mind into thinking it is seeing a three dimensional image by setting objects closer to one camera lens for one eye, and farther away to another camera lens for the other eye, then melding the two images together.

In a perfect world with the right visual conditions, and eyesight that can quickly change between this dual-camera trickery, you get that 3D feeling. But, unfortunately, there are too many situations where it wont work quite right for some eyes, or the glasses, lighting, or other environmental conditions in a home rather than in a theater setting wont allow the user to see the screen as well.

Remember when you were a kid and you played that blinking game where you blinked quickly between the left and the right eye to make objects appear to move? This is sort of how 3D imaging works and for some people, that imaging makes them sick.
According to a recent CNET report, some people watching 3D imagery suffer from side effects such as dizziness, headache and fatigue in lesser situations, and seizures in more serious situations. This, according to the report, is due in part to the fact that our eyes arent designed for that blink-closeup, blink-wideshot, blink-closeup, blink wideshot movement. Its not natural.
As instructors of video production, we often tell our readers and workshop attendees not to over-zoom or continuously pan the camera because this isnt a natural way people see the world. No one enters a crowded room and zoom zoom zooooms in to a subject in the back, then pan pan pans their eyes from left to right across the scene, then zooms back out to a wide shot. This is not natural for our eyes and some people have problems watching video made with too much movement in the same way people have trouble with the stereoscopic imagery technology.
The CNET report goes on to say that roughly between 4 and 10% of moviegoers cant even see anything significant in 3D movies. And then theres the percent of people who just cant adjust to the 3D glasses at all, whether they are the expensive active-shutter 3D glasses or the passive polarized ones you get free in the theaters. 3D is definitely not for all viewers.
So what can the portion of the population that doesnt enjoy 3D movies do? Well, for some, you can exercise your eyes more. Yep, thats right, its not enough that you have to work out to get strong muscles and lose a few extra pounds, now you can exercise your eyes to see 3D imaging better. There are different ways to help these 3D-challanged viewers from specialty glasses to exercises, but do people really want to go to that extreme just to watch a popular movie or soon-to-air TV show?
Then what about the new 3D television sets ready to hit the market? Some of the manufacturers are marketing the TVs with their own proprietary glasses, which means if you have Brand X 3DTV and your best friend has Brand Z 3DTV and you want to watch a movie together at his house, you cant use your glasses so youre out of luck.
At the recent National Association of Broadcasters (NAB) convention in Las Vegas, many booths were showing images of the Masters golf tournament that was, in part, shot in 3D. This summer the soccer World Cup will also be shot in 3D. Never mind that no one yet has a 3D-television set, television manufacturers are going after the sporting enthusiasts market first, as they tend to be the early adopters of new TV technology. Like Alice in Wonderland, sports shows tend to be fast paced and full of quick cuts and changes.
Whether youre a video producer, an early adopter or just an enthusiastic viewer, theres a lot to consider when thinking about making the leap into 3D technology. While some people predict 3D wont be around for long, there are a lot of companies betting on its wow factor now and theyre putting out a lot of money to produce that technology.
As video producers, One thing we can do is assist manufacturers of the technology to make it easier for viewers to adopt their systems by objectively studying the craft and the technology and reporting on its pitfalls as well as its promises, rather than jumping on the gee-whiz bandwagon. For instance, we need to understand why we dont like a movies technique – Avatar versus Alice in Wonderland, for instance. Why Avatar had raves and Alice had complaints was due to the way both movies were executed. Avatar had long slow shots that allowed the eyes to settle on a scene before it changed, while Alice inWonderland was full of fast cuts and the frenetic energy that is known for that story, but was a bit too wild and crazy for 3D.
Currently, most modern movies now have camera movement in every shot, even if its just a slow extremely subtle truck across a static scene. Anyone producing 3D movies might want to think about the basics of storytelling by shooting the old fashioned way: with a locked down camera and letting the action make the movements instead of the camera.
In the meantime, lets try to get manufacturers to settle on a standard of technology to use for the eyewear, before we have yet another VHS versus Beta or HD-DVD versus Blu-ray battle on our hands.