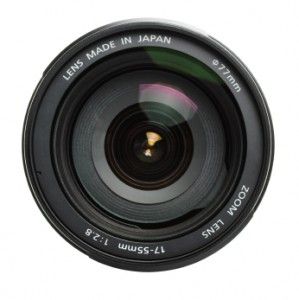 Oh, how times have changed. Just two short years ago, I was shooting on a Panasonic HVX200, previewing my footage on a Marshall monitor, and using a G35 lens adapter in order to achieve depth of field. These were wretched times in which one was forced to make a choice between quality and speed. On one hand, if I was trying to capture beautifully focused footage with a shallow depth of field, I would inevitably be running around like a chicken with his head cut off just trying to get my shots in the limited time my clients gave me. With all of the accessories hanging off my camera, it was not only awkward to carry, but difficult to manage as well. On the other hand, I could go out with just my HVX in hand and get some average shots with little hassle; with the caveat of never being able to know if I was truly in focus. It was a very difficult choice to make, but with my perfectionist tendencies, I found myself siding with the latter leading to numerous headaches and many near heart attack moments.

Fast forward just two years and we now have the dawn of a new age shining on us. The age of the DSLR, or digital single lens reflex camera. Instead of wild camcorder rigs like the one I was mentioned above, it is now possible to get the same depth of field with better resolution, frame rate options, and light sensitivity than even some HD camcorders have. Plus, all of this can be shot on a Compact Flash card which can easily be bought at your choice of any big box retail store. I say all of this as a result of having used a DSLR this past week to shoot some clips for a Videomaker Instructional DVD called Basic Editing. In the segment I’m working on, I wanted to make a mock commercial showing the benefits of small town life. What I came to find out was that shooting compelling and aesthetically pleasing shots with this camera was easier than I ever thought possible. Not only did I have a huge amount of frame rates, ISO’s, and f-stops to choose from, but I was also to easily focus my shots even with a high amount of depth of field.

However, filming with the DSLR was not a perfect experience for me. There were a number of annoyances that were constantly throwing off my style. First off, it was real hassle to have a static live view screen that was not able to pop out from the camera body. Over the years I’ve been filming, I have grown accustomed to being able to pop out a viewfinder from my camera and while holding the handle get very low to the ground, or above the ground shots. Without the ability to do this, I felt limited. Also, the quality of the audio I was able to achieve with the on board microphone was downright pathetic. Even with another professional microphone plugged into the external microphone jack, I couldn’t get good audio. The auto gain controls they force on you snuffed out any hopes of that.

Given the stunning images that these cameras can produce though (and eternal optimist that I am) I decided to see if I could find any information on how to overcome these hurdles. Thankfully there are some interesting products out there that are potential solutions to these common DSLR limitations. As for the viewfinder problem, companies such as Pixel and Pro View have come up with wireless live view solutions in which you can mount a transmitter to the hot shoe of your favorite DSLR camera and beam video from it’s sensor to a remote which can start and stop your device from up to 200 feet away. This not only solves the viewfinder problem on these cameras, but makes for some interesting live event applications as well. For those recording weddings with up to three cameras and only one camera operator, it is conceivable that the single operator could not only see but start recording on all three cameras from a distance. As for the microphone problem, Samson makes a high quality and affordable microphone called the H2. The only problem is, you’ll have to match up the audio and video in your editing application.

With the stunning video DSLRs can achieve, it is just a matter of time before almost anyone can record great video with beautiful depth of field.