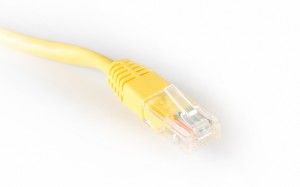 Well this was a long time coming. When Internet speeds went from dial-up 56kbps to broadband in the late 90’s, content providers the world over realized the huge potential for delivering video, information, and rich applications to users. This led to a huge boom in internet activity only rivaled by the introduction of quick and easy to use internet on cell phones. However as with any heavy traffic situation, you eventually get jams and the internet is no exception.

With the vast number of users downloading large video and application files over the internet, speeds and bottle-necking became a huge issue. Additionally, even with the vast improvement of internet speeds (up to 20 megabits per second today), there were still long wait times while downloading large files – which has become increasingly more common as games and applications become more complex and as videos achieve higher and higher resolutions. The problem didn’t stop there however. Even if a person could theoretically achieve internet speeds at 1 gigabit per second (Gbps) or more, getting those speeds from a router to a computer wirelessly would be impossible with current technology. At the moment, the fastest consumer option for wireless transfer is Wireless USB technology which can transfer at speeds up to 480 Mbps; half of the theoretical 1 Gbps speed coming into your home.

The good news is many companies have been fed up with the slow progress of internet and wireless speeds since their introduction almost a decade ago. As an example, internet search giant Google recently announced an initiative to make our theoretical 1Gbps internet speed a reality. In a blog post on Feb. 10, Google product managers Minnie Ingersoll and James Kelly laid out the company’s plan to provide as many as 500,000 people in a small number of locales with fiber-optic Internet connections capable of 1 Gbps, more than 100 times faster than the typical U.S. broadband connection speed today. Regardless of whether or not you believe Google is taking this step in a bid to control everything to do with computers and the internet, it is still a step in the right direction. Years ago during the internet boom, many cable and DSL providers started an initiative to make internet faster using fiber optic cable. When the money ran out, so did the fiber optic lines. Google seems to be planning on buying and completing these fiber optic lines so that homes can achieve the speed upgrade that the speed of light can offer. As an added bonus on the wireless front, Penn State has recently finished tests on an optical wireless system that can operate at speeds of 1 Gbps and beyond. The only drawback to this option would be that it can’t pass through walls making this a per room solution. Even so, this would make for a complete 1 Gbps system from your Internet Service Provider to your computer’s wireless card at home. This would open even more options for the internet based video and application companies out there today. Imagine sites like Vimeo and Hulu being able to stream 1080p HD content to you real time without any hiccups or bottle-necks of any kind. Also, imagine downloading an uncompressed 20GB HD video in a theoretical 3-5 minutes. This would make sharing project and video files with contracted editors over the internet a real possibility.