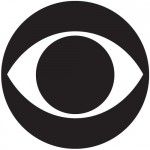 CBS is airing the 52nd Grammy awards show and has a contest going on that can put the winner’s video right into the Grammy program. We told you about the amazing one-take one-camera viral video lip-dub by University Montreal Quebec film students.

The video was so well received that the group, “The Black Eyed Peas” who made the song allowed the Canadian students to keep the video on YouTube, and following that success, they are teaming up with CBS to allow anyone who thinks they have the guts, to upload their own lip-dub version to CBS’s site for a vote. http://www.youtube.com/watch?v=GYmSlwJ2myQ

You gotta hurry, though, because the contest ends January 31st, (next Sunday). Read the rules and see other videos already submitted on CBS’s Grammy site. Some of the videos on the site are well done, but you’re a video producer, right? So yours should be outstanding, right?

Interestingly enough, we’ve been talking a lot about the legalities of using copyrightedmusicin your fun videos, and this is clearly one of those situations where it’s allowed,becausethe copyright holders are giving permission. As usual, these things are quite confusing to video producers, you can-you can’t-you can-you can’t… so just when IS it ok to use someone else’s copyrighted material? Read Videomaker’s “What’s Legal” column by attorney Mark Levy, to help yourself negotiate through those murky shark-infested waters.

Fair Use vs. Copyright