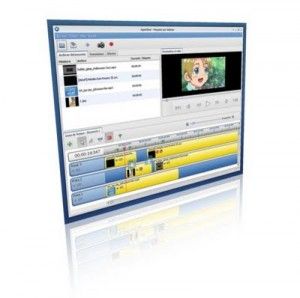 We are in a war. Not a war between two countries, but a war for our computer’s operating system. Software makers such as Microsoft and Apple have been waging this ruthless war for more than thirty years without even a moment of reprieve. On one hand, Microsoft has such a pervasive operating system that software designed for it is practically universal. On the other hand, Apple has clever and fashionable programs that are hard to turn away from. On still another hand (if there is such a thing), Linux is absolutely free and for those with coding knowledge, is a world of endless software possibilities.

Even with these possibilities, up until this year there had been limited options for easy to use, flexible editing programs running on Linux. Software such as Kino, Cinelerra, Lives, and Mainactor all have had the ability to make simple edits and even some transitions, but have historically lacked a diverse video format support, a flexible work flow, and a stable interface. As a result, some desperate Linux users went so far as to use several programs in order to do what one editing program could do on a Macintosh or Windows PC leaving a big hole for a new kind of editing software to fill. Find out what that software is after the break.


One editing software that has seemed to finally achieve that feat is OpenShot 1.0. With their newest version of editing software for Linux, Openshot has finally given those who want to do some simple editing with good flexibility a viable option. They claim it is their most stable version ever. In fact, they go so far as to dare their users to crash the program. As for features, OpenShot has finally implemented a frame number time format rather than a millisecond format. Additionally, it has titles at both 4:3 and 16:9 aspect ratios, 28 new video transitions, and one of the best chroma key plug-ins for Linux. Best of all, the software comes at a great price of 0 dollars and 0 cents, making it quite the deal for anyone looking for video editing software on Linux.

Overall, even though you may not see high level Linux professionals jumping for joy with the release of this product, its simple and flexible video editing has set the new standard for Linux based editors.

As an added bonus, for articles about good editing software for any computer, check out Videomaker’s Editing Software Buyer’s Guide here: http://www.videomaker.com/article/12655