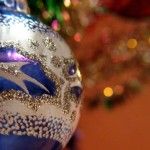 I had to videotape a child’s holiday festival last week and was sitting alongside a parent who was shooting stills for the same event. He asked me if I ever had to do any multi-cam video shoots and suggested a quick and easy tip for syncing both cameras. Ithoughtthis was worth passing on.

He said he’s often a solo video shooter manning two cameras at events such as this, and there’s always someone in the crowd with a point-n-shoot still camera that has a flash. You use the flash point from a still camera at the moment when the flash fills the image and whites out the scene, and thensyncboth videos at that point. Of course, this means having to have both video cameras rolling and pointing at the person doing the still shooting, obviously, but it’s no big deal to simply ask someone with a still camera to point it right at the video cameras and take a flash shot. This will get your two videos in the ballpark, at least, as a flashed over-exposed frame is an easy image to search for.

For some audio syncing tips, read our recent “Audio Column”article Dual System Sound From Hollywood to Home Video Editing by HalRobertson. This is a “Sneak Peak” story from the March 2010 issue, we just uploaded this advance copy this week for your enjoyment. Cheers!