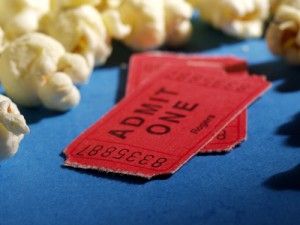 Studies show during tough economic times that people tend to flock in droves to theaters as a cheap form of entertainment and to ultimately try to escape reality. In 2009 that theory was proven once again. Without adjusting for inflation, 2009 became the biggest box-office year to date grossing over 10 billion dollars!

Besides the fact that 2009 was hit hard with a downturn in the economy, 2009 had a respectable cinema line up worthy of the droves that flocked to theaters. With the recent release of Avatar; James Cameron’s first theatrical movie since Titanic, (i.e. the highest grossing movie ever) along with movies like District 9, The Hang Over, Paranormal Activity and Monsters vs. Aliens, there was something in theaters this year for just about everyone.

2009’s incredible benchmark was aided by a 28 cent increase in ticket prices from the year before that totaled to an average of $7.46 a ticket. With that fact in mind, 2009 didn’t necessarily attract the most people of all time into the theaters – but it was the most financially successful. Although the total number of tickets sold is expected to reach 1.4 billion, that figure is not expected to break the record 1.6 billion tickets sold in 2002.

With such a high number of ticket sales, I’m sure some of our readers have seen one or two films this year. So what about you? What movies have you seen?